February 07, 2016
On the back of the Ngaio blouse - I tried and failed to make a princess seam blazer using a free Gabrielle blazer pattern from Spit Up and Stilettos (now renamed to Sadi & Sam).  Christ on a bike, it was disasterous.

Two muslins and the final version in map fabric specially set aside for the endeavour.  Not my finest sewing moments.

A proper finished version should look something like this from Salt and Stitch (also includes line drawings of the free pattern).

However my versions were dreadful.  I adapted the pattern on the first muslin make using fabric I acquired at a Fabric Hoarders swap (from Sandra/FlossieFT if memory serves). 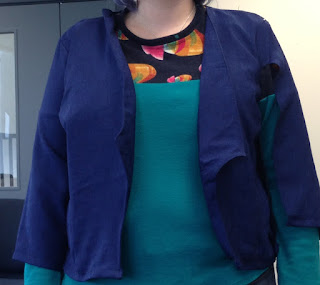 Is there anything even right with this version?  Hah, you can tell my level of enthusiasm from the hunched shoulders. 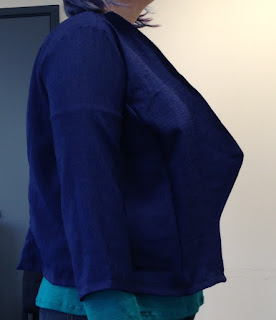 I completely over manipulated the fabric while ironing it and stretched it out of all sensible proportions. I also sewed up one sleeve while very tired and attempted to adjust for a mis-aligned notch while sewing on my overlocker as I went - always a genius idea!  I completely over compensated and made the sleeve far too tight so its slit in the version above. 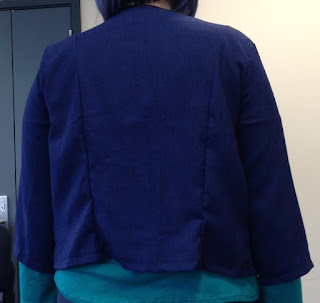 I'm pretty sure I don't normally have a hunch back issue like this one!

Round II - things can only get better right?  In a fabric closer in weight to the one I hoped to make my final version in I made up muslin number 2.  (The round 1 navy I thought could be a wearable muslin - some thought that turned out to be). 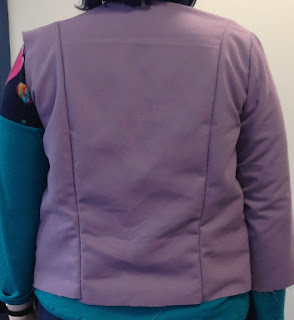 Significant improvements in the fit (especially at the back). 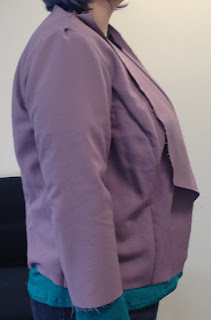 But I wish I had fully finished it as I made some minor adjustments from this version and tried it in my final fabric.  Though looking back at this I can see the same issues were already there.

Bugger!  See that annoying bunching below the bust (most probably due to some weird grading I did to take my bust into account and not grading back quickly enough. 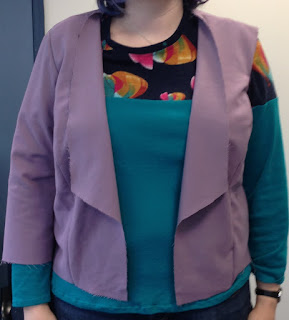 Round III (the one that was supposed to be the charm!) 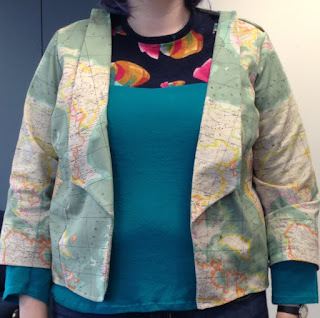 Nope.  Double bugger.  Serious frump going on.  Collar width too wide.  That weird bunching around the waist.  My dejected posture... 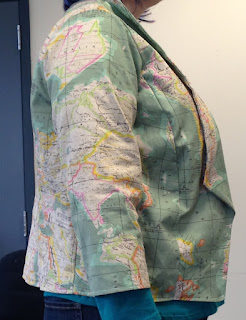 Back curve looks good and I think I fixed (ish) the sleeves.  But that princess seam is a disaster. 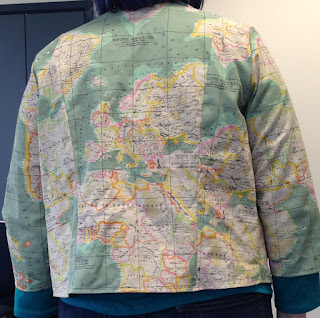 The back just hangs in an unattractive manner. 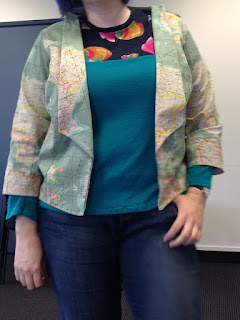 And in case you think its just the unflattering belly focused close ups.  Nah.

A learning curve (in futility) and a disappointing use of some fun fabric.  But if the failures weren't around the wins wouldn't be as sweet.  I've constrained this pattern to the rubbish heap and think the next time I try to make a blazer similar to this it'll be with another pattern maker - though I doubt its them and I'm far more convinced its my (and my bust's) fit with the pattern sizing and my grading issues.  But there's always next time!
sewing