January 08, 2018
This post has been sitting my drafts folder since June 2016 (not even last year!).  While its tempting to press delete - I really would like a record of the craftying I was able to do while in Melbourne at the start of 2016.  I went along most weeks to a meetup for knitters and crocheters in the Porcelain Tea Parlour on Elgin Street in Carlton.  It was a bit of a walk but it was nice to have a pre-organised group of people to chat with every week.  And trying some new teas each week didn't hurt either! 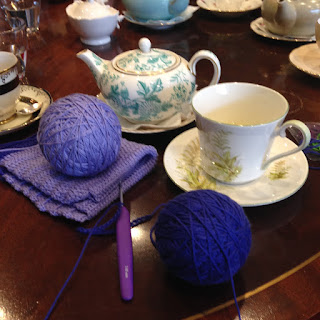 I even started to knit a bit more as the group was keent to make pouches for orphaned joeys.  Not a bad way to practise my knitting skills as a few inconsistent stitches wouldn't be that problematic for an ickle kangaroo!  That really is one of the issues I have with teaching myself how to knit as I'm nowhere near as fast or consistent as I am with crochet so I'm not as tolerant with mistakes as I would have been in the early days of crochet. 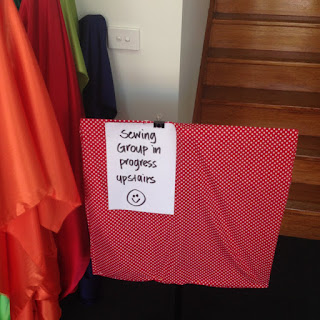 I also walked out one day for a sewing group with some wonderful Australian bloggers/instagrammers in GJs Discount Fabrics -  Social Sewing.  They meet up once a few times a year upstairs.  Unfortunately as it was a weekend I wasn't able to go much while I was in Melbourne as we tried to travel while we were there (yeah, for Tasmania and a road trip to Adelaide as well as a few trips to the country side). 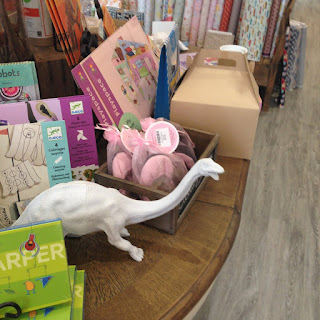 It took quite a while but I decided to walk out to Fairfield from the central city where we were staying.  I managed to fit in a few stops to interesting fabric shops on the way. 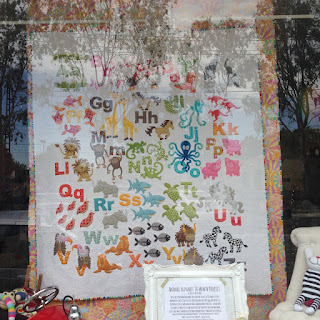 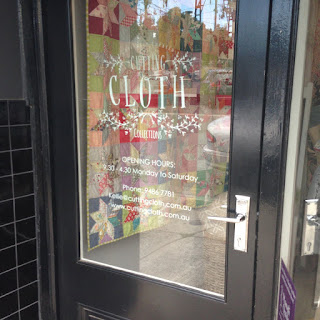 GJs isn't much to look at from the approach I took but i was more on a reconisance mission and interested to meet other sewists than any thing else. 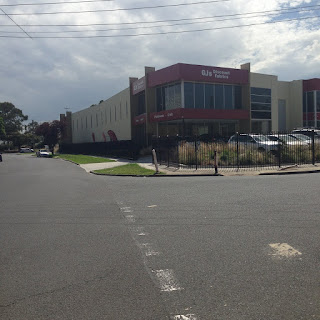 As a trap for the unwary, there was more than one sewing group using the *hot* upstairs room when I arrived but the social sewists lived up to their name and made me feel more than welcome. 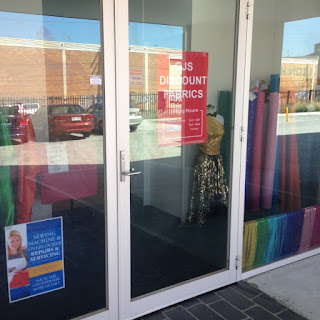 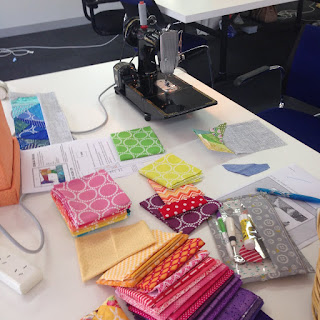 Some really lovely machines and projects on the go. 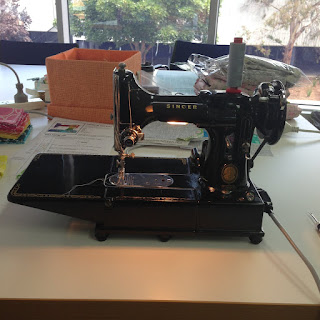 I would almost want to take up proper quilting! 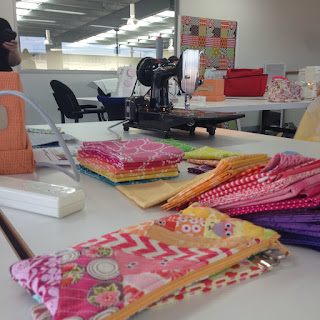 The selection of fabric downstairs in GJs was good and I was able to get some muslin for the vintage vogue pattern I was working on at the time. And then happily spend the day figuring out how to size up the pattern!  I'm getting better but the pattern changes are still a head scratcher! 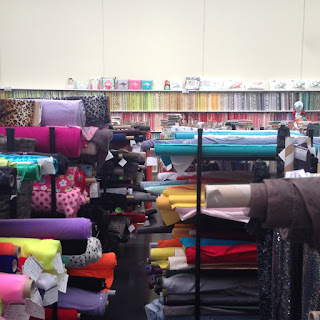 I also wandered along to another sewing meetup group -  Sew Melbourne - this one thankfully had machines I could borrow - not having a car made hauling my newly purchased Ikea machine a little too problematic.

I'd happily go back to social sewing if I find myself in Melbourne again!  These crafty outlets are so lovely and made my stay very manageable - though I couldn't help missing the lovely fabric hoarders in Wellington!
crochet sewing