January 05, 2018
I've been playing around with a few patterns since LP arrived to make them breastfeeding friendly.  I've had two and a half wins!  This is the half win and an absolute failure. I used fabric from the Fabric Warehouse pop up shop on Lambton Quay early last year.  I bought it at the time without a project in mind.  I hacked one of my two knit T-shirt TnT patterns - the free Blank Canvas Tee. I had intended to make one side be a fuller 'half' but messed up in my rather sleep deprived state at the time and cut two shorter 'halves'.  It works as a top over my increasingly large selection of singlets.  But gives me hip 'wings' when I wear it with LP in the baby carrier.  Also it really doesn't help in this currently much warmer weather. 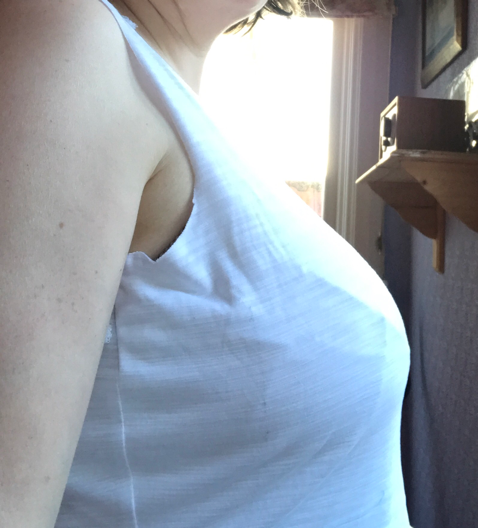 I then tried to adapt my other TnT Tee pattern - SBCC Tonic Tee.  This one was also cheap muslin fabric - I think from a levana pop up but really can't remember.  It was a disaster.  I made the breastfeeding opening in the middle of the front width ways and butchered the turn up.  It was a complete wadder.  The next two I've made using the papercut Ensis Tee are a lot more wearable (and I actually wear them); hopefully I'll get around to posting about them soon! 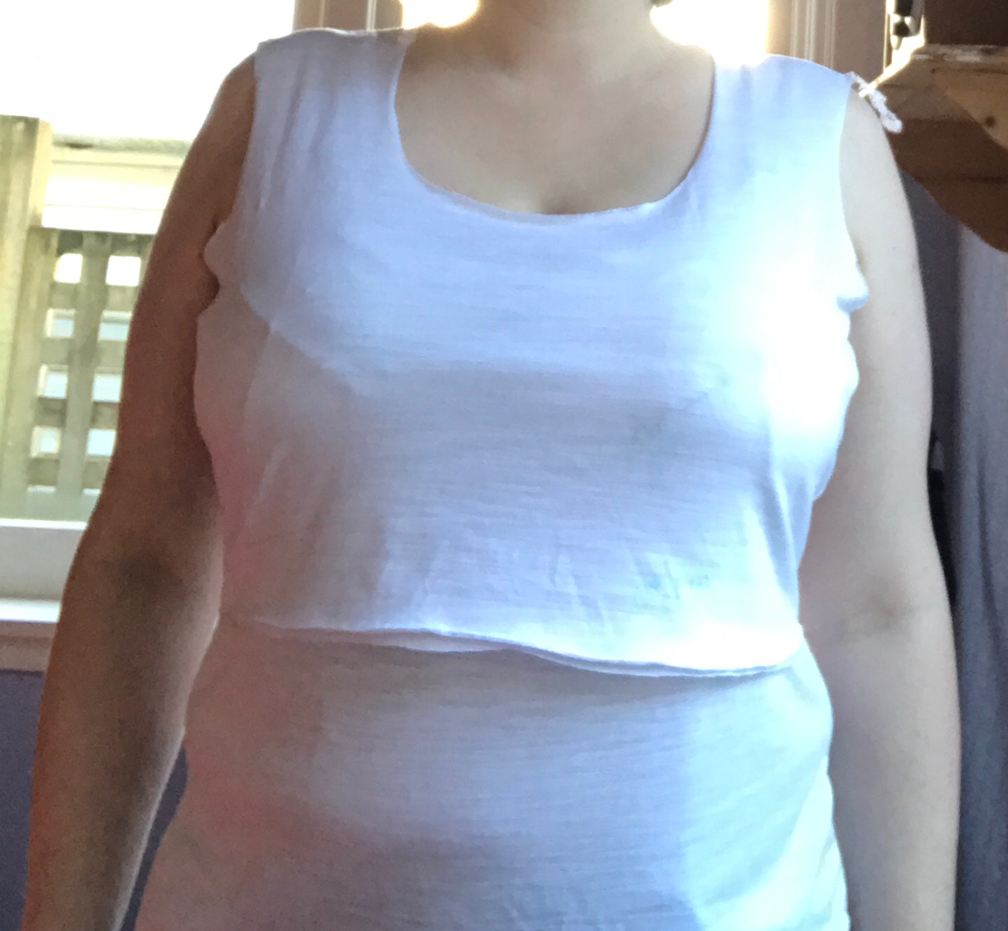