January 09, 2015
While it doesn't seem strange to be posting this in early Jan, these Christmas decorations were created at some point during 2014 rather than close to Christmas!  Ah well, sometimes slacking can work in my favour!

The first two photos are two pottery pieces I fired in 2003 - eek! And finally finished off with some extra sparkle and ribbon last year.  They've been gifted last Christmas so they're definitely finished. 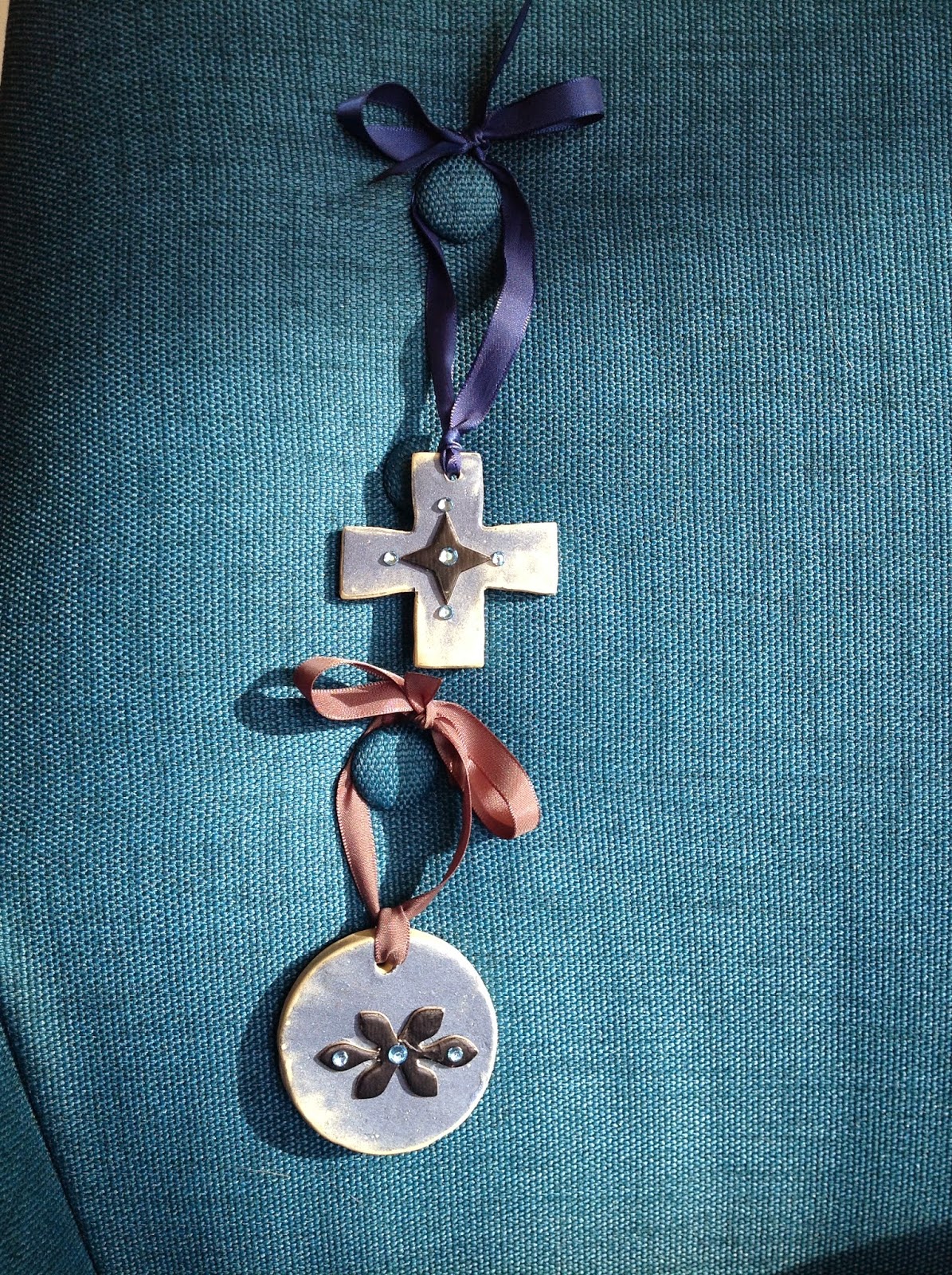 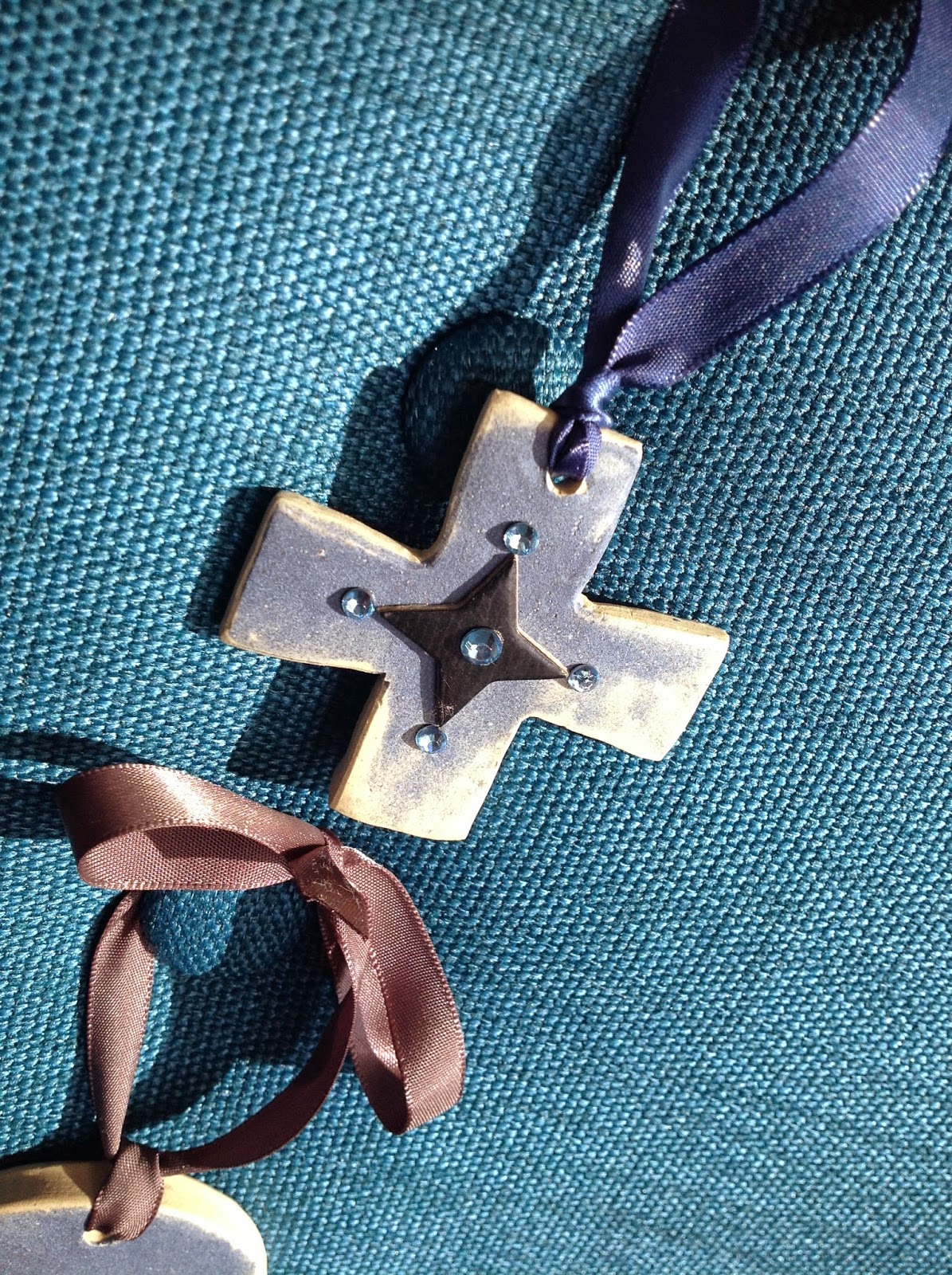 These next two photos are an in progress shot and the finished product.  I've kept this one for our ridiculously small Christmas tree.  I used modge podge and some Christmas themed tissue paper left over from Christmas 2013. 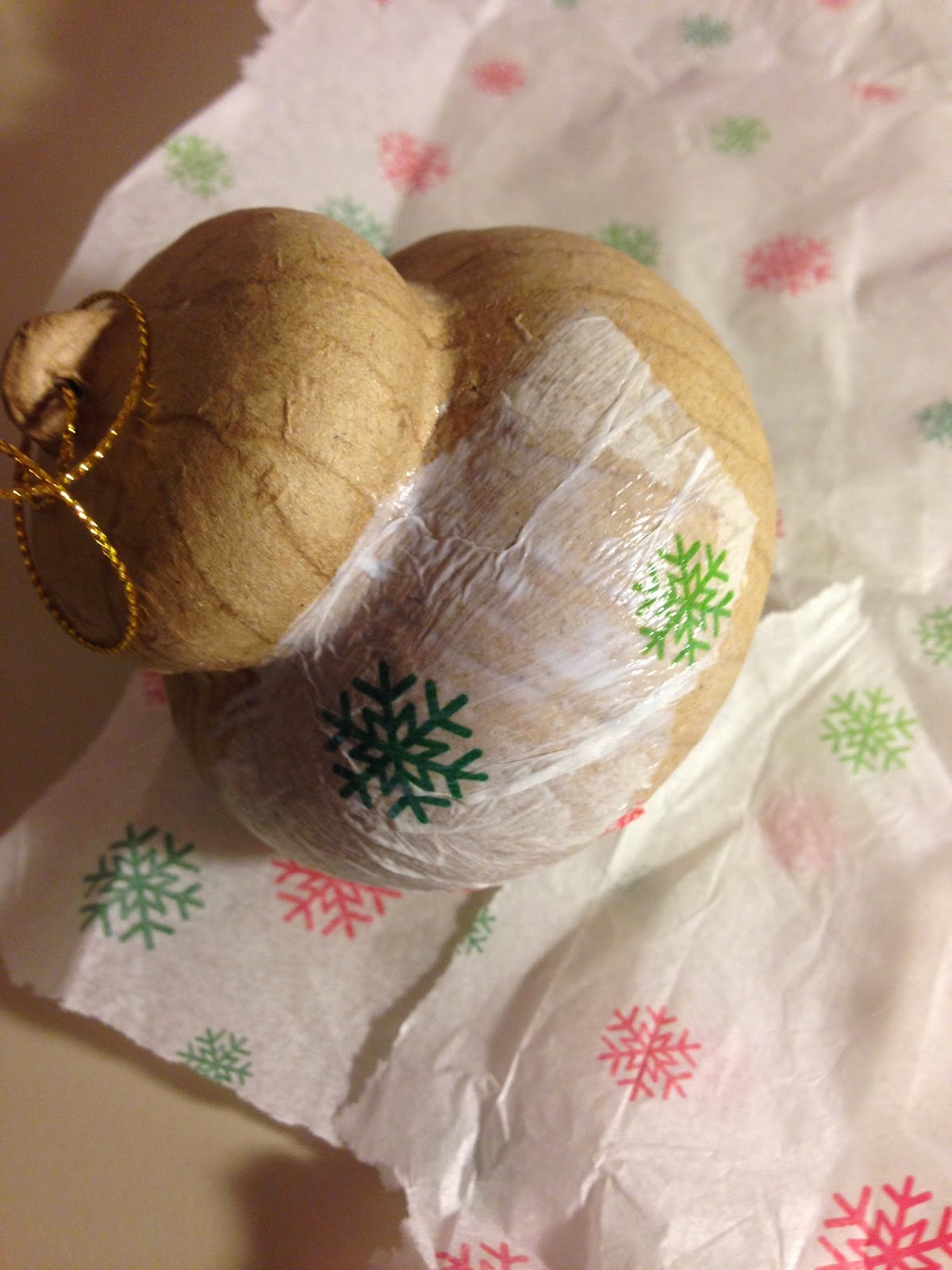 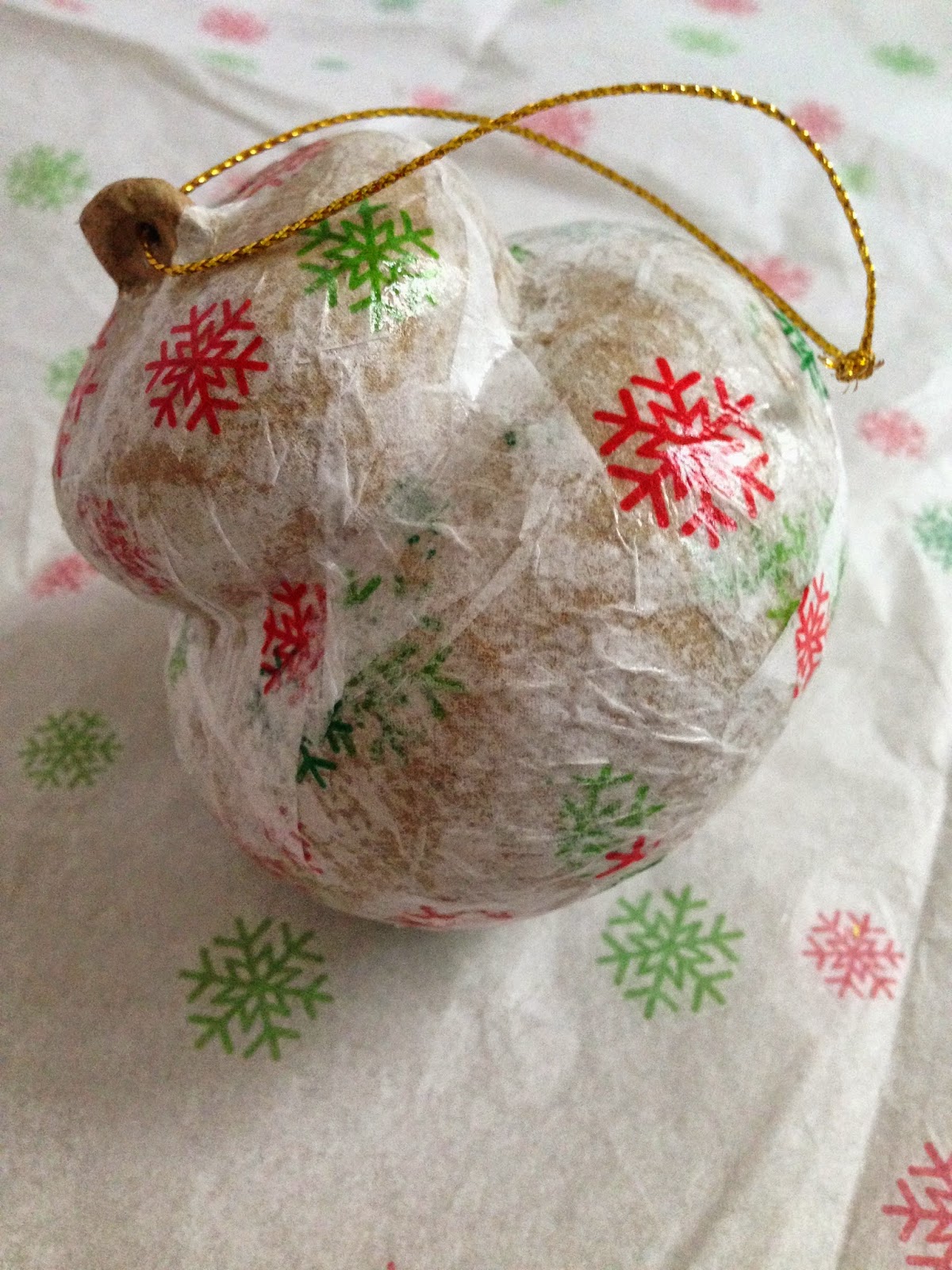