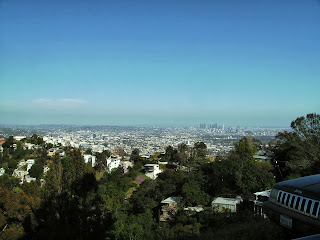 Its ages ago now.  So much so, that I feel like I've never left...  But here's some photos of the Hollywood hills on my trip to LA for work in April. 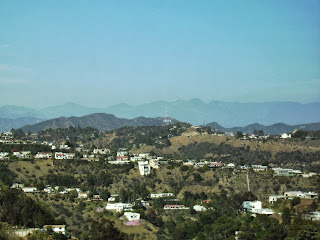 The hills are incredibly expensive, but the sizes aren't particularly massive - but some people think you need some rather huge statues to add gravitas!  Two lions and a Buddha - not bad for a house smaller than mine! 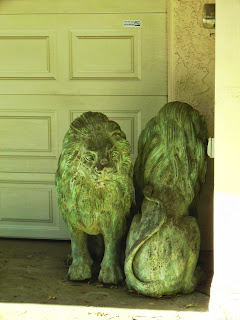 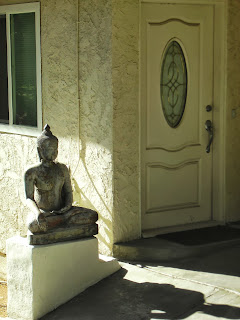 It seems cookies decorated like cupcakes could be the next big thing out of the states - but this was horrible!  Looked cute though. 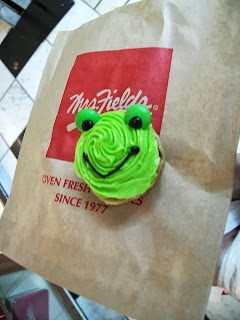 I hung out in the jewellery district for a bit and adored this necklace.  Should have bought it for a Christmas Tree decoration. Didn't see anyone wearing something like this when I was there but maybe they save it for 'best' wear. 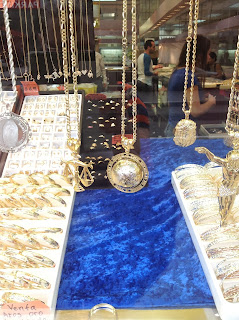 Also managed to catch the shooting of a car scene on some show or other.  Loved how the filming car didn't have headlines (blacked out). 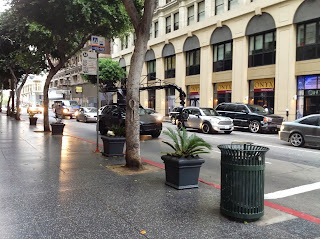 Downtown LA is a strange place.  I would have thought the land values are too high for open car parks... but obviously not.  It lends the place the feeling of being quite down at heel. 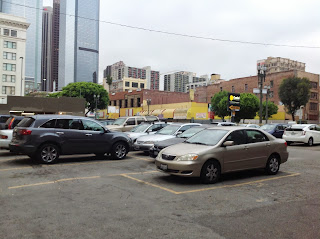 Though some of the buildings above the ground floor level are stunning. 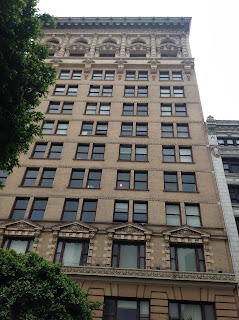 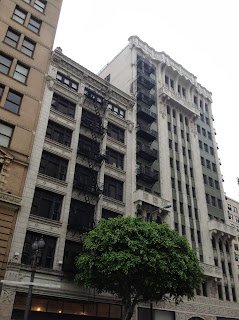 See what I mean about down at heel?  Strange to see the skyscrapers so close to an open air car park. 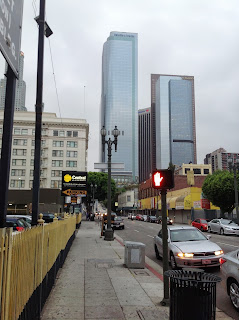 I was also there for an art walk.  Encouraging people to come into the city centre at night.  Course - taking a photo was difficult! 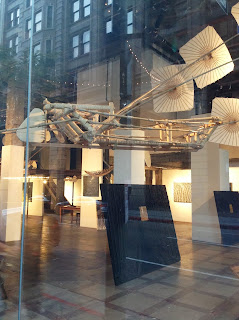 I stayed with someone I found on AirBnb.  Basically a paid homestay arrangement.  It was in a strange apartment building where the ground floor was a lot of rather shabby or closed shops and was a walk way between two of the major streets but closed at night. 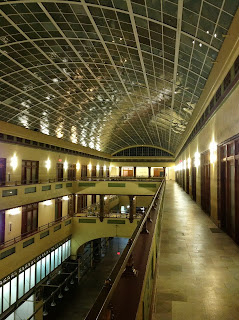 And I had the pleasure of staying with a poodle named Prada! 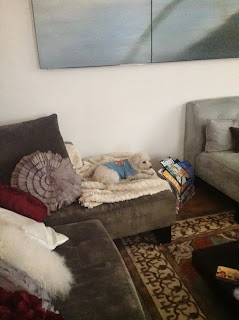