February 17, 2015
I've been playing with underwear.  To be honest, my first few attempts haven't gone well!

But I have used up my stash of elastane cottons! 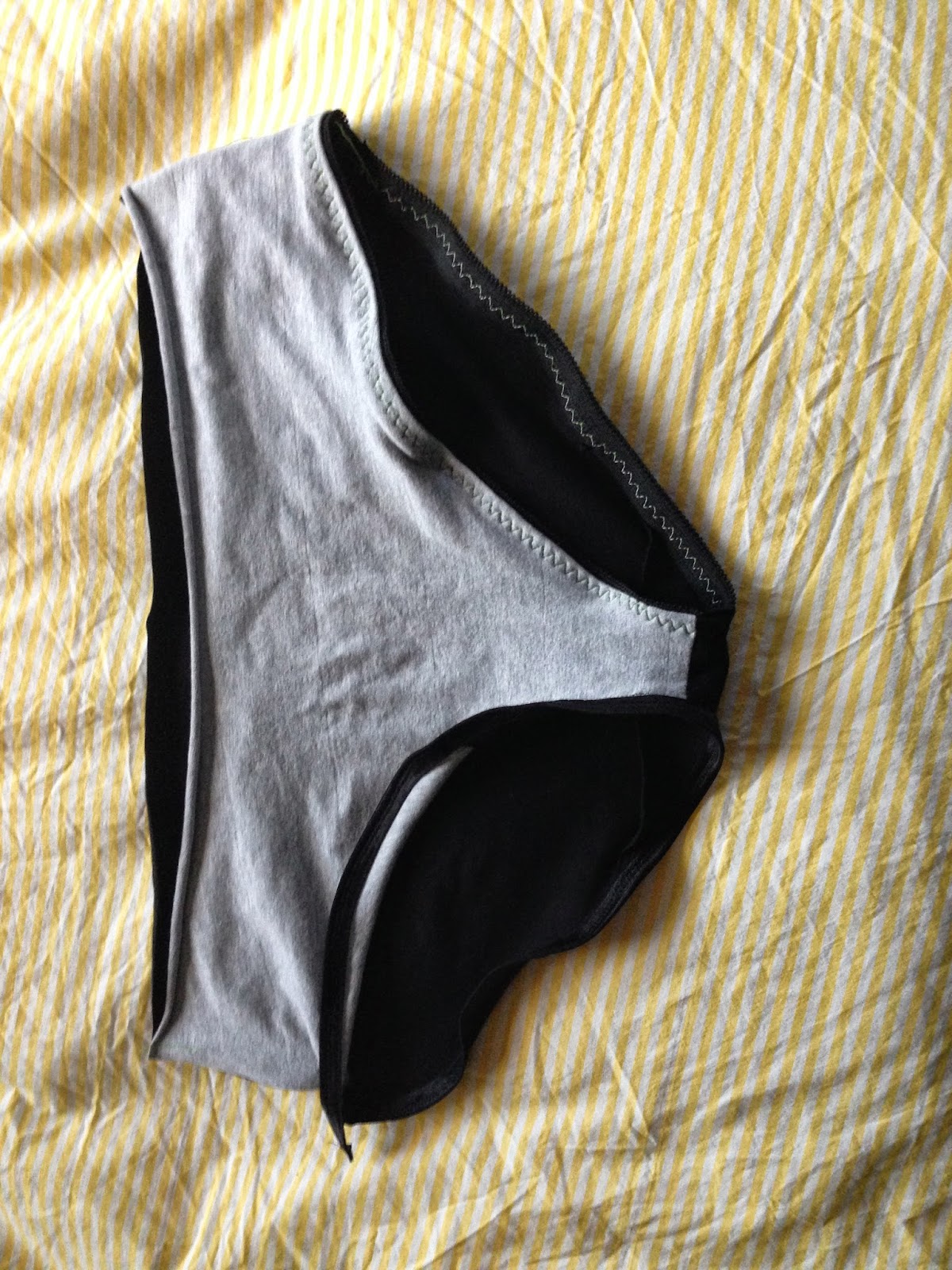 This is my first failed attempt with different types of elastics.  Its a Gertie pattern. Not a recommend for the underwear but the slip is lovely and I'll blog that later and review that part of the pattern then. 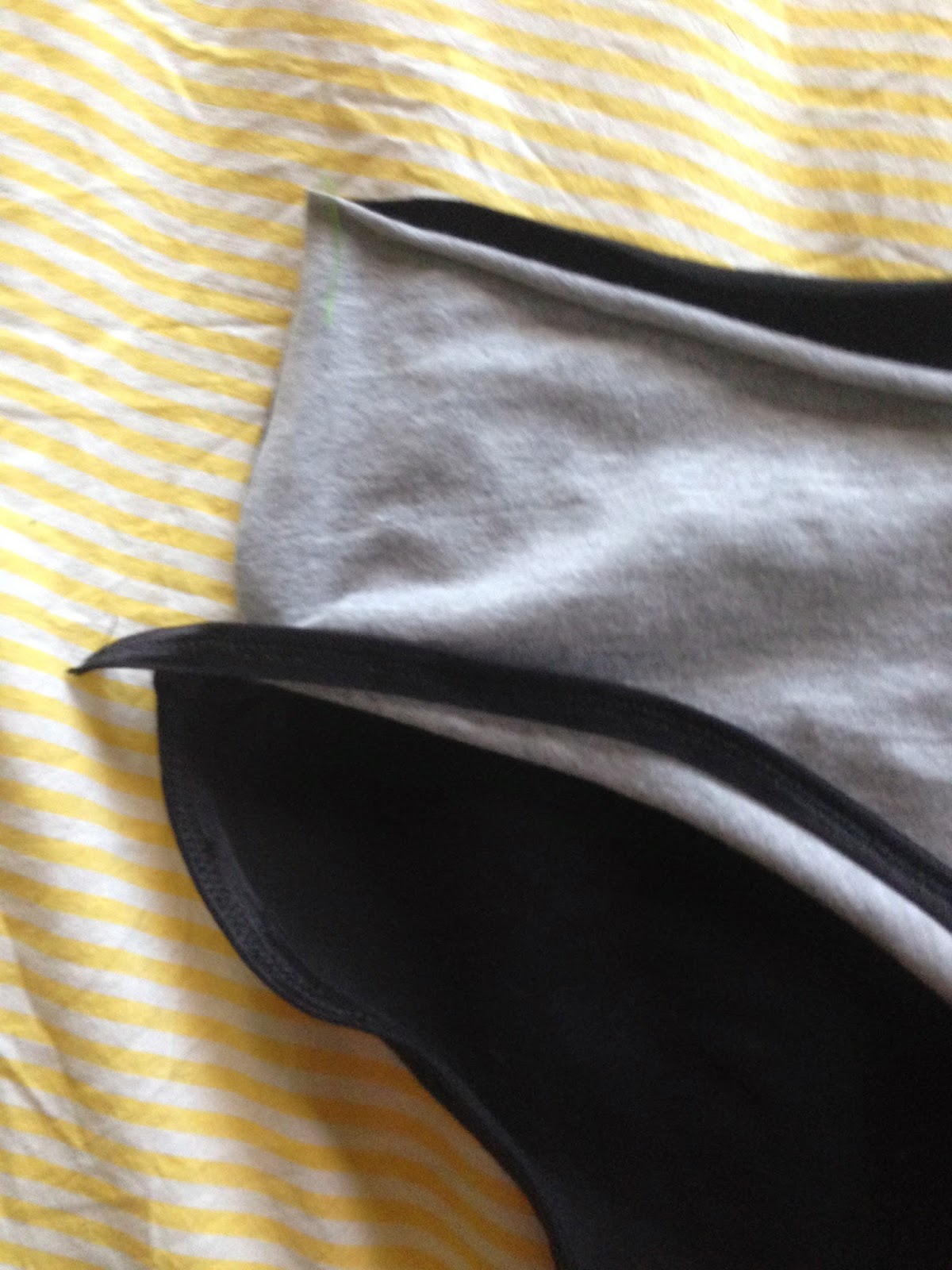 This is the foldover elastic.  I really misjudged the amount of elastic needed - and there's a lot of wobble.  Two really annoying things about the pattern.  Gertie didn't give any indication of how much elastic to cut.  And the crotch lining isn't sewn in at either end just at the sides.  Its unfortunate. 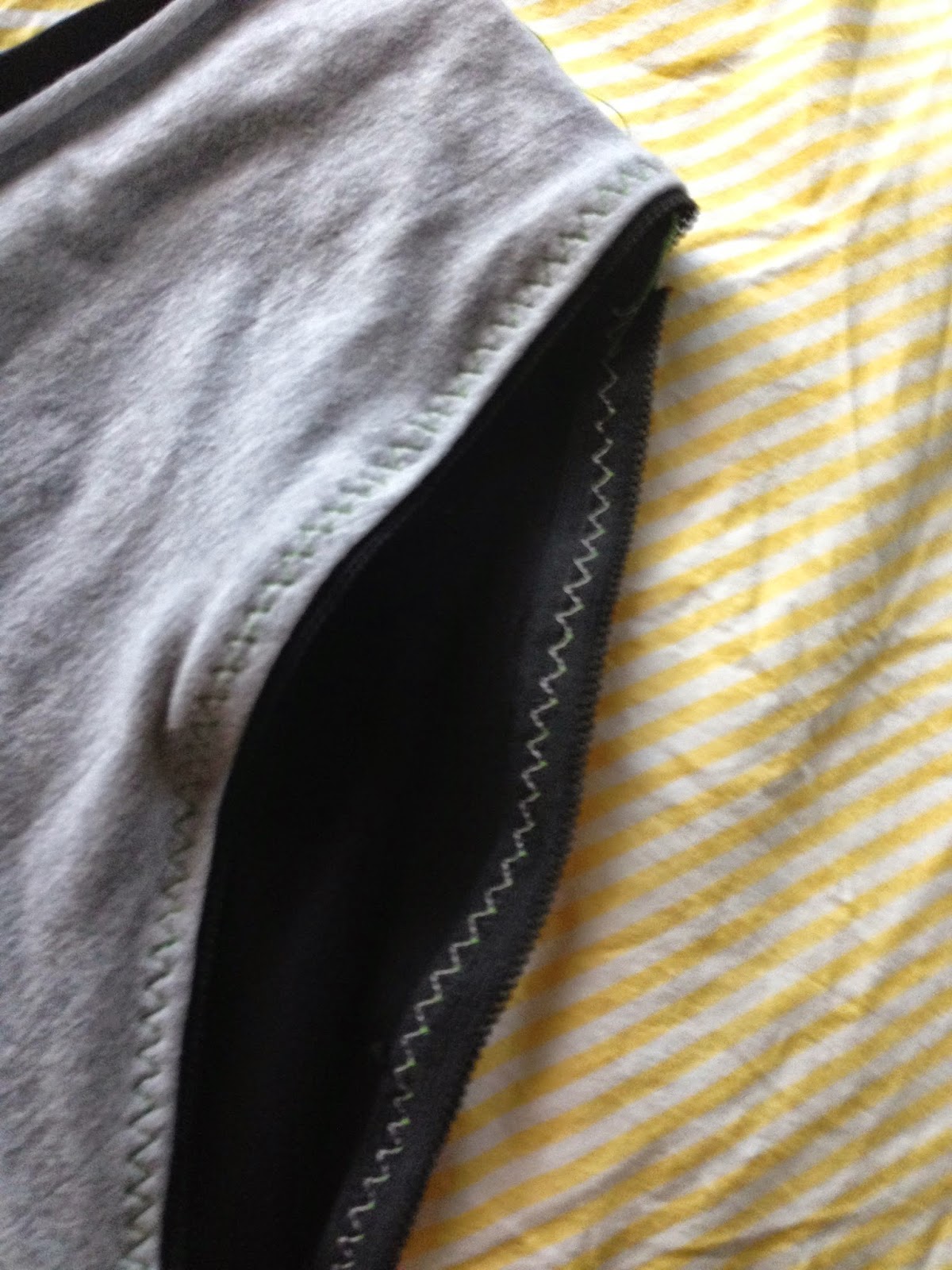 I'm sure a lot of the issues are me but the pattern has a lot to answer for too. 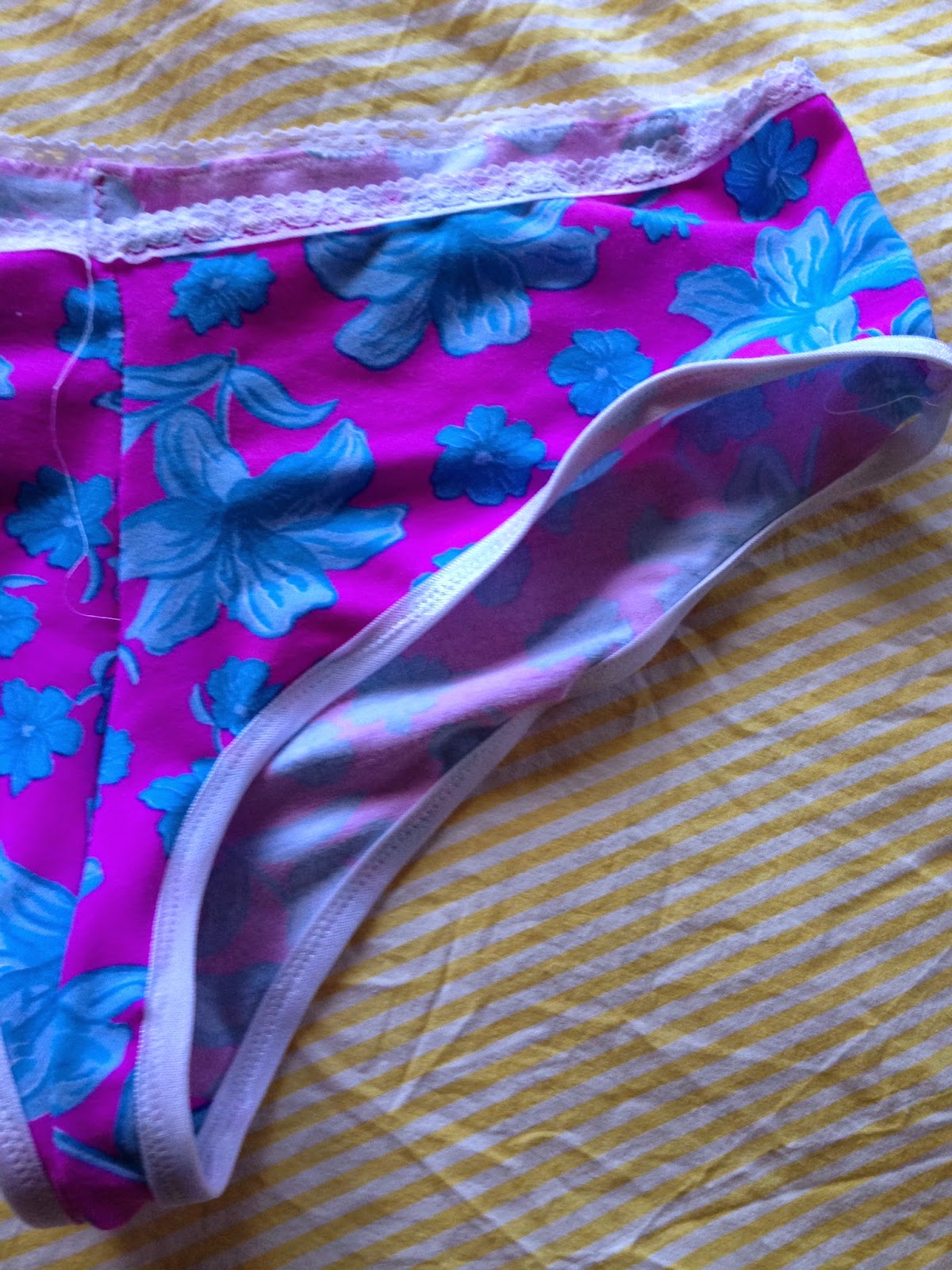 I tried a second free online pattern.  Rosy Lady Shorts by Cloth Habit.  Much nicer pattern and more instruction on how much elastic to cut.  Still having the wavy problem!  So these two were destined for cutting up and using as rags! 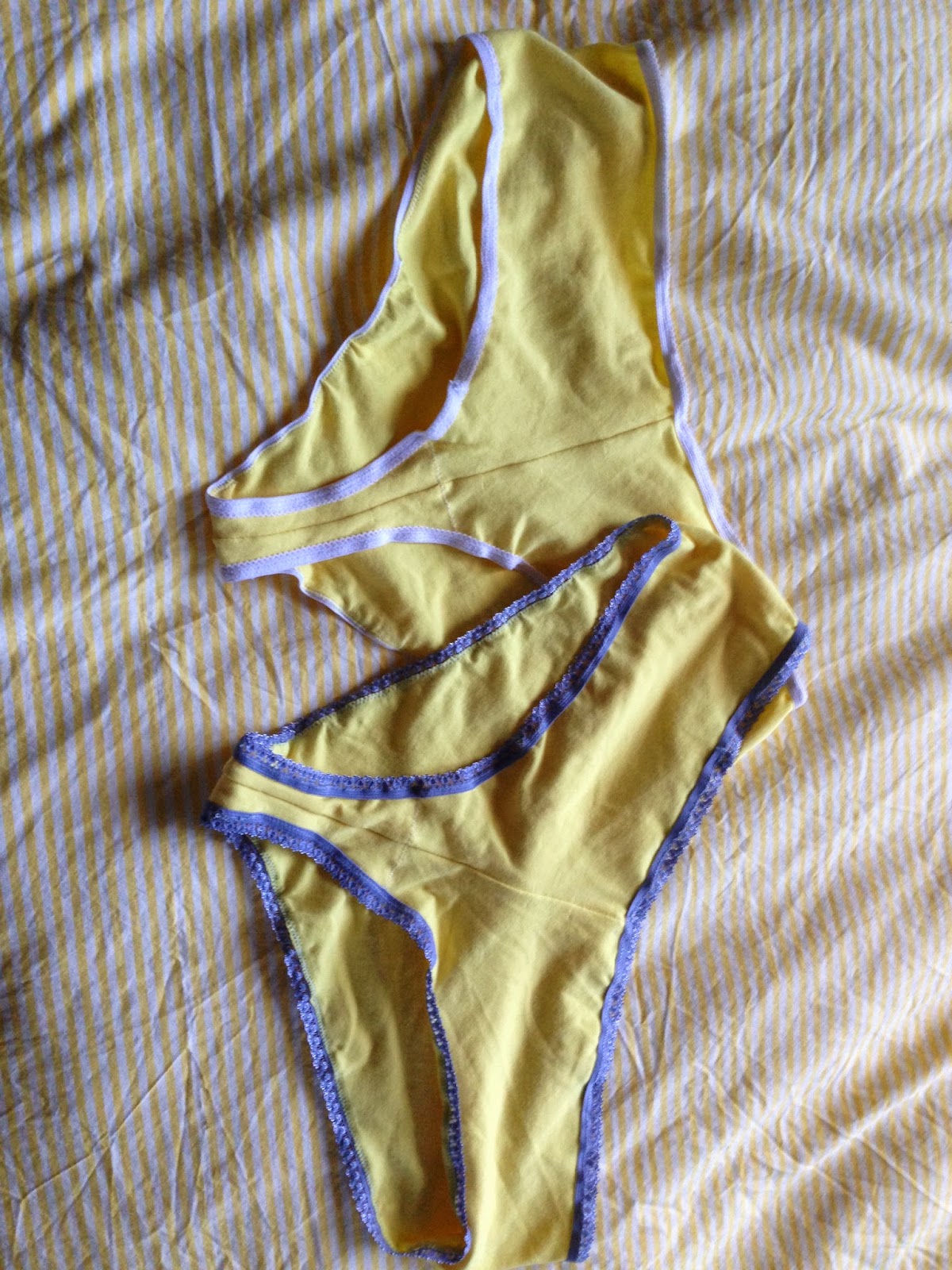 On to lady shorts round 2.  I signed up for the Dreamstress' sewing course on knit tee shirts to help get my head around working with stretch fabric.  I've still some of the elastic wobbles but these are so much better constructed.  I've worn them a few times (after taking the photo obviously!).  And the elastic is fine but the bum is too large (I've a very small rear but not hips) and I might need to size down for a better fit. 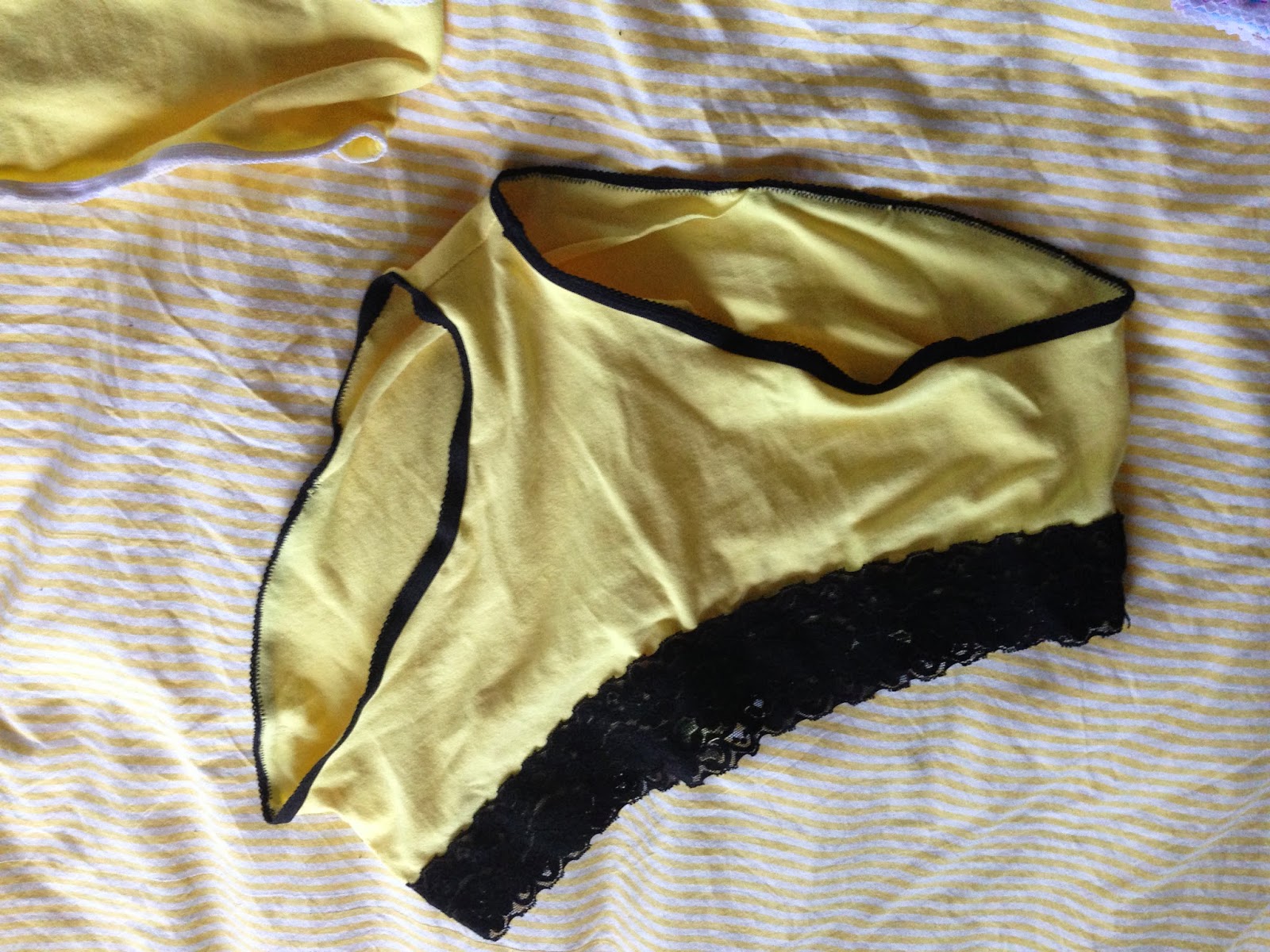 I also redid Gerties panties and got a better handle on the waist elastic sizing from experiementation.  Same issue as above - still a bit wobbly on the elastic on the leg seams and my bum is far too small.  I'll have to size down and resize the crotch curve although I won't be making this pattern again unless I significantly alter it to fix the crotch construction.

Fabrics - yellow elastane cotton was from a remnant bin at Levana.  Black and grey cottons were left over from other projects and the pink was left over from a PJ top and acquired at a Fabric Hoarders swap.