February 19, 2015
We've had a pretty strange month on the cat front.  Ryu, one of our two cats, went on a little adventure.  He's a rescue cat and about 11.  To put that into 'vet' terms, anything over 8 is geriatric!  He's incredibly friendly and such a personality.  Unfortunately that friendliness has gotten him into trouble! 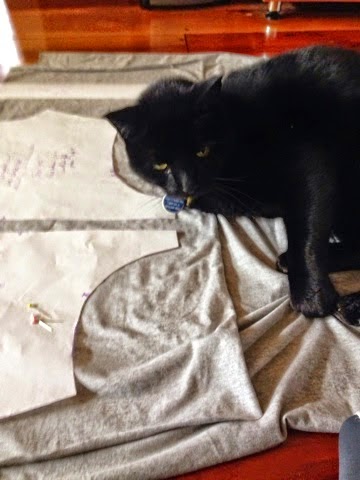 He went missing for 10 days earlier this month.  We missed him so much.  We flyered the neighbourhood and posted anywhere online we could think of.  Thankfully the flyers worked and we found out what had happened to him.

A house on the street behind us has two cats and the home owners were away - the house sitters weren't able to put both cats into the cattery so they had a friend come around to feed their missing cat.  Ryu decided that a second breakfast sounded great and took a little trip over there.  The homeowner's friend then packaged up our cat and brought him to the cattery mistaking him for the homeowner's cat.  He was on his 'holiday' for 10 days.  Although when he got back, he was rather pissed with us as 'we' had locked him up and wouldn't let him out.

We're so pleased to have him back.  All the more so because we had started to get used to the idea that we might never know what happened him.

With Ryu missing, it got me to think about our cat baskets.  They really are hideous!  Absolutely covered in cat hair and unable to be cleaned.  So when we collected our erstwhile beast from the cattery after his vacation, I purchased a cat basket plastic shell and made a cushion to go in it. 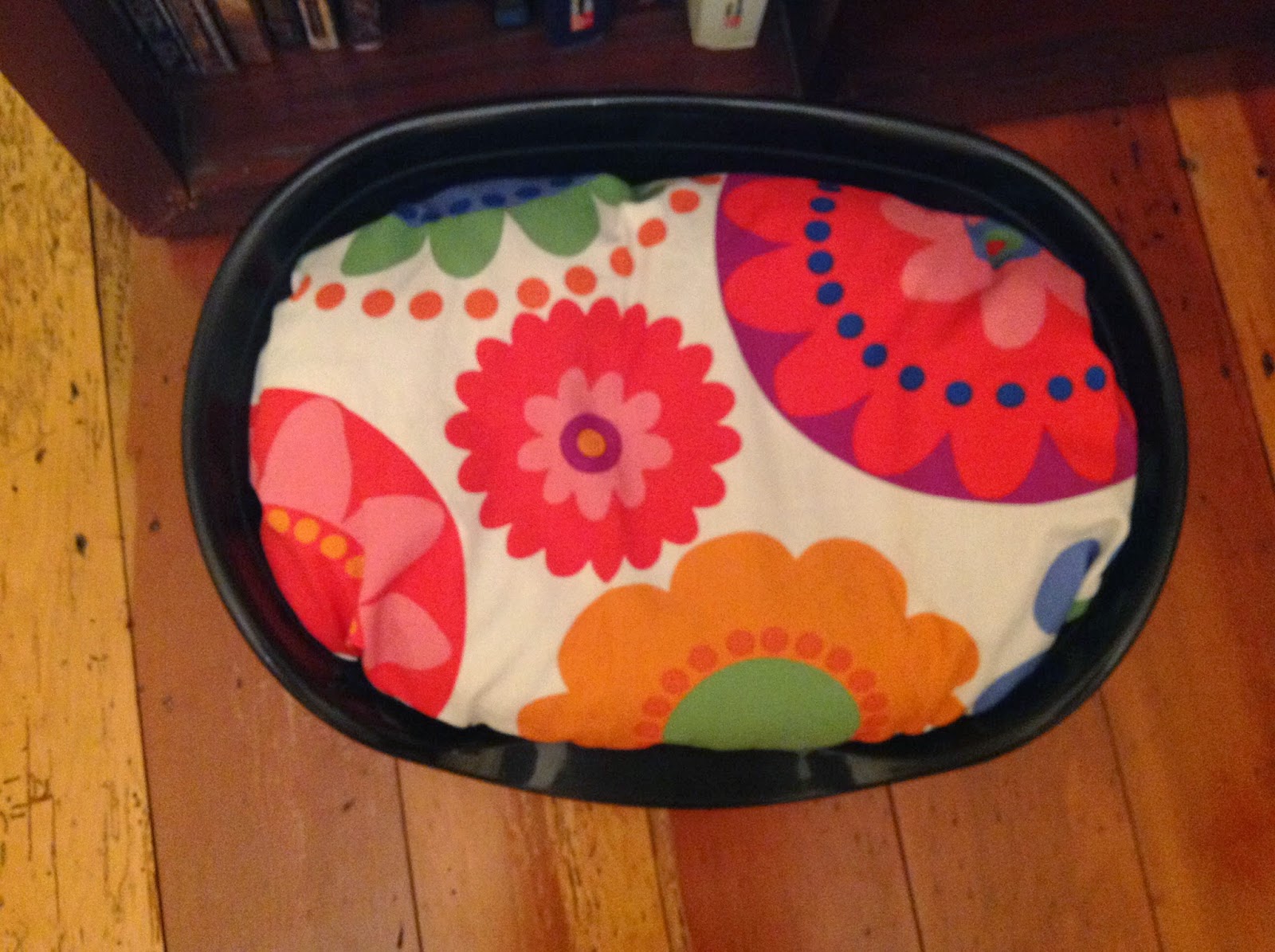 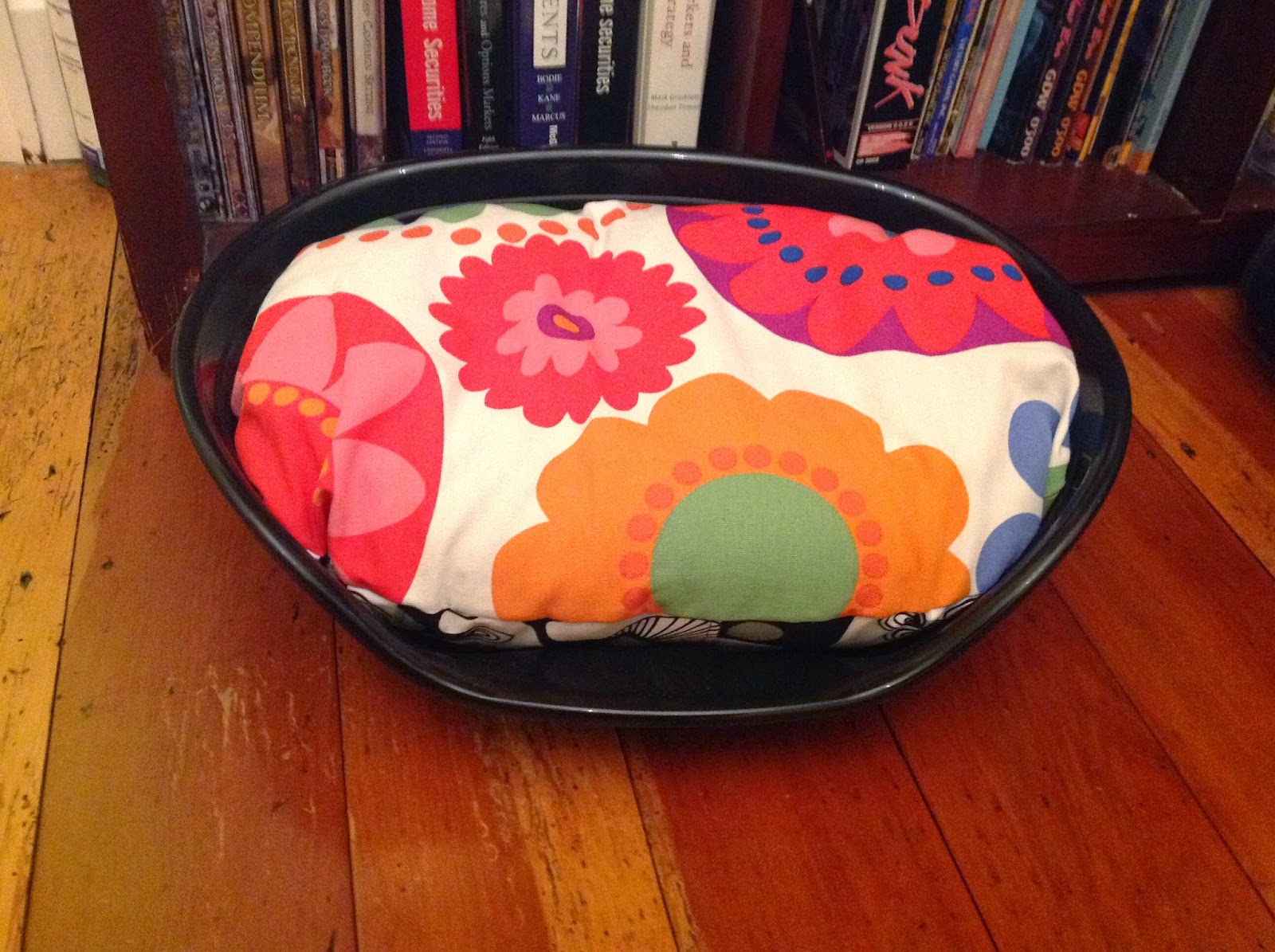 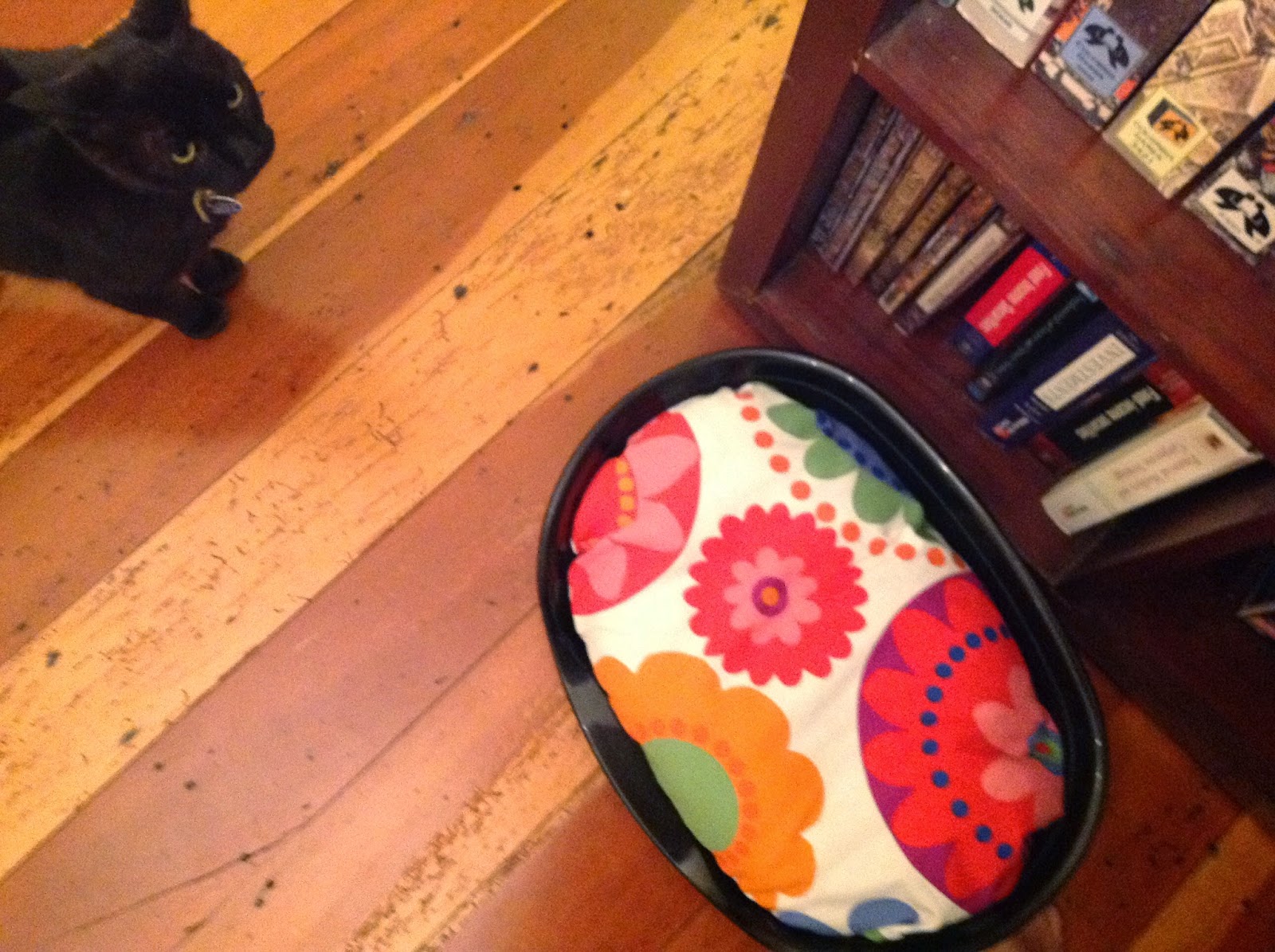 Unfortunately this is as close to the basket the cat has gotten since.  Which is really annoying as when I had the fabric sitting in there before I sewed it up, he was happy to sleep in it!  Any suggestions to get him to reacquaint himself? 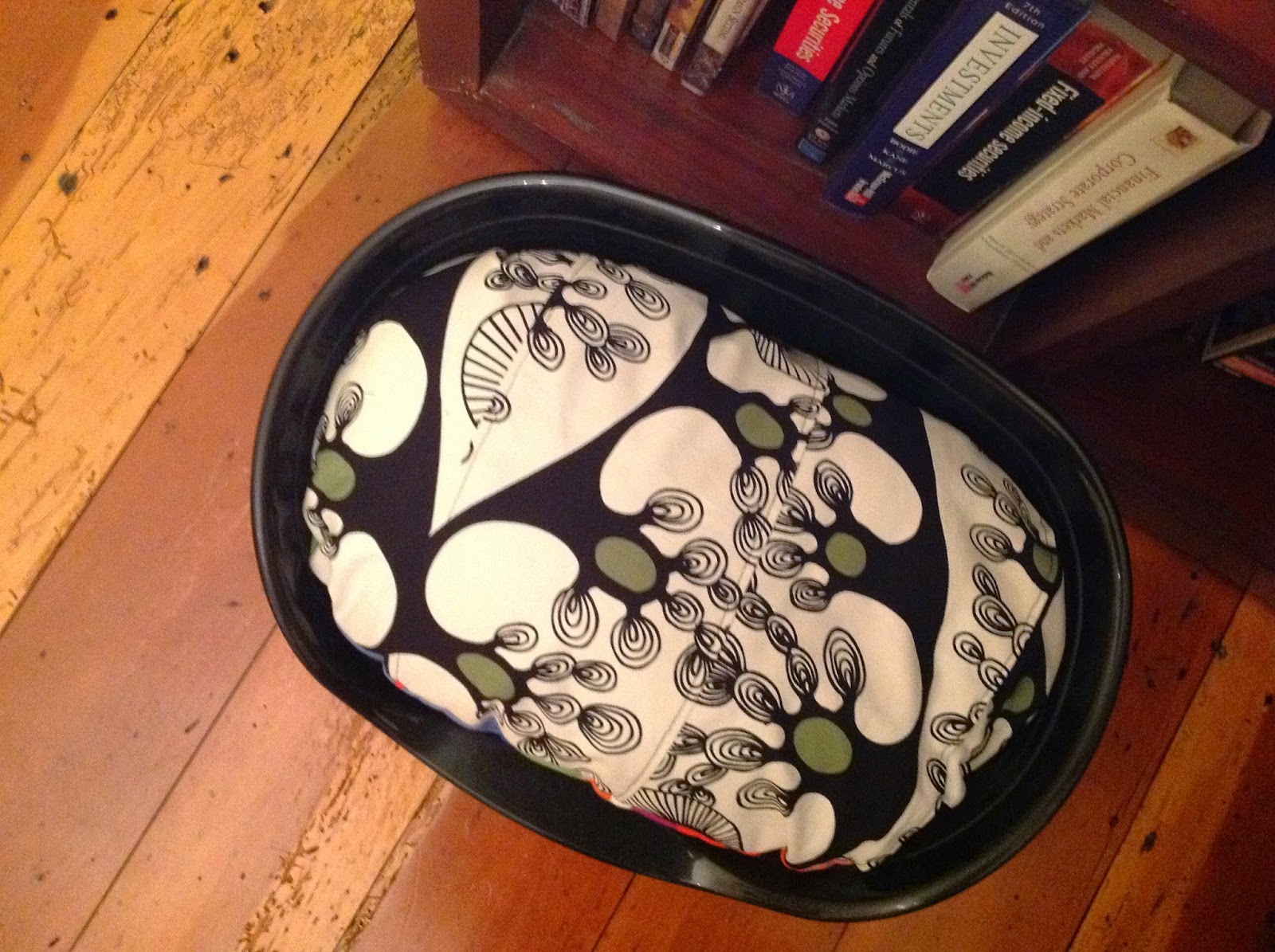 Patched ikea fabric underneath too with plastic snaps keeping it closed. 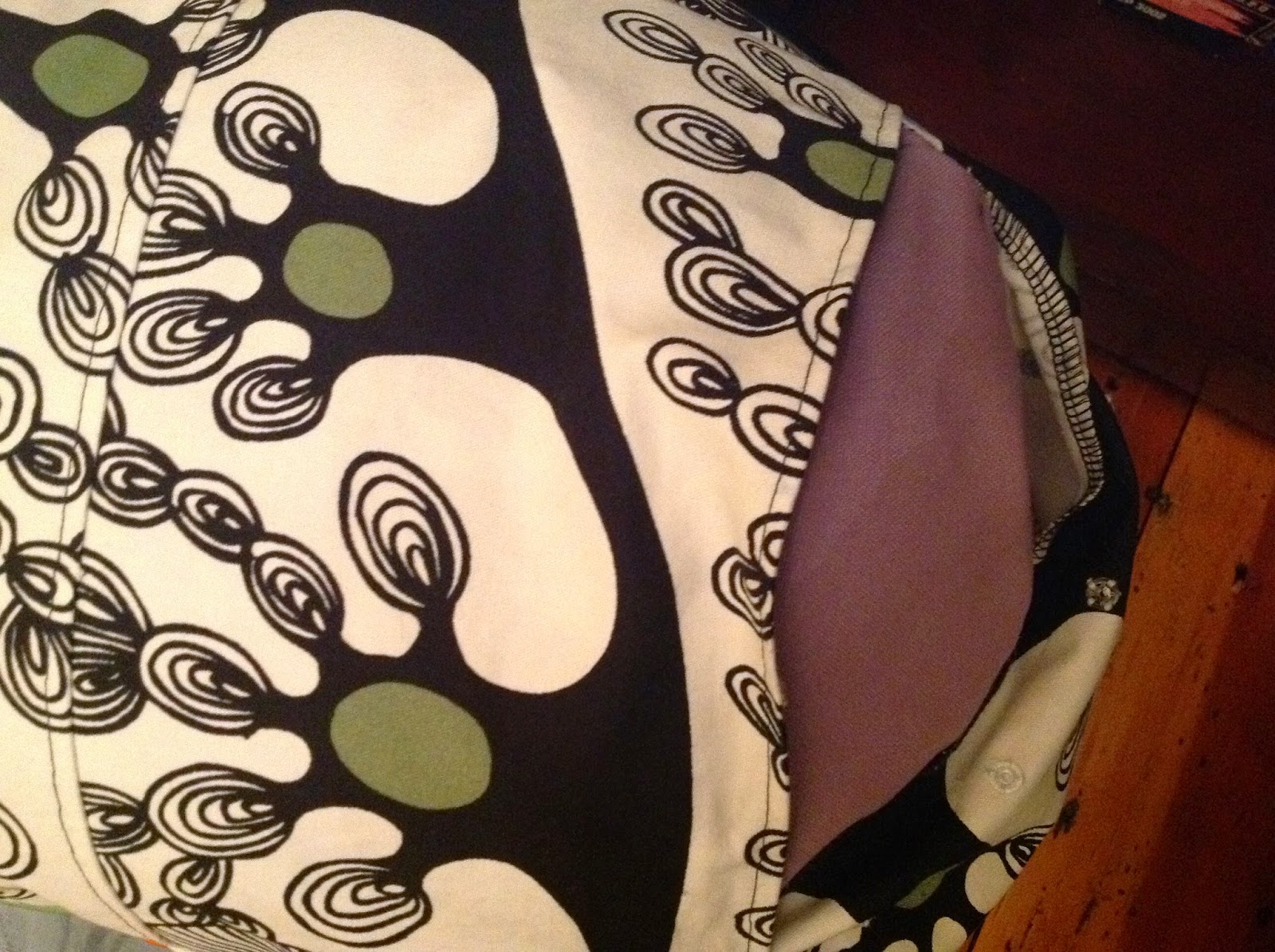 I used another heavy cotton for the inside cushion - this way the outside can be removed and washed separately.  The stuffing is from two pillows I got on special.