February 10, 2015
Prior to my Brazil trip I made two Colette Sorbetto tops.  Sorbetto is a free pattern with two darts and a front fold. I really like the pattern but had to add quite a bit to the bust.  I really want to get my head around pattern alterations this year (as well as knits!).


I amended the pattern to fit a larger bust but the darts aren't quite in the right place for my still wearable muslin. I also had to take it in under the armholes. 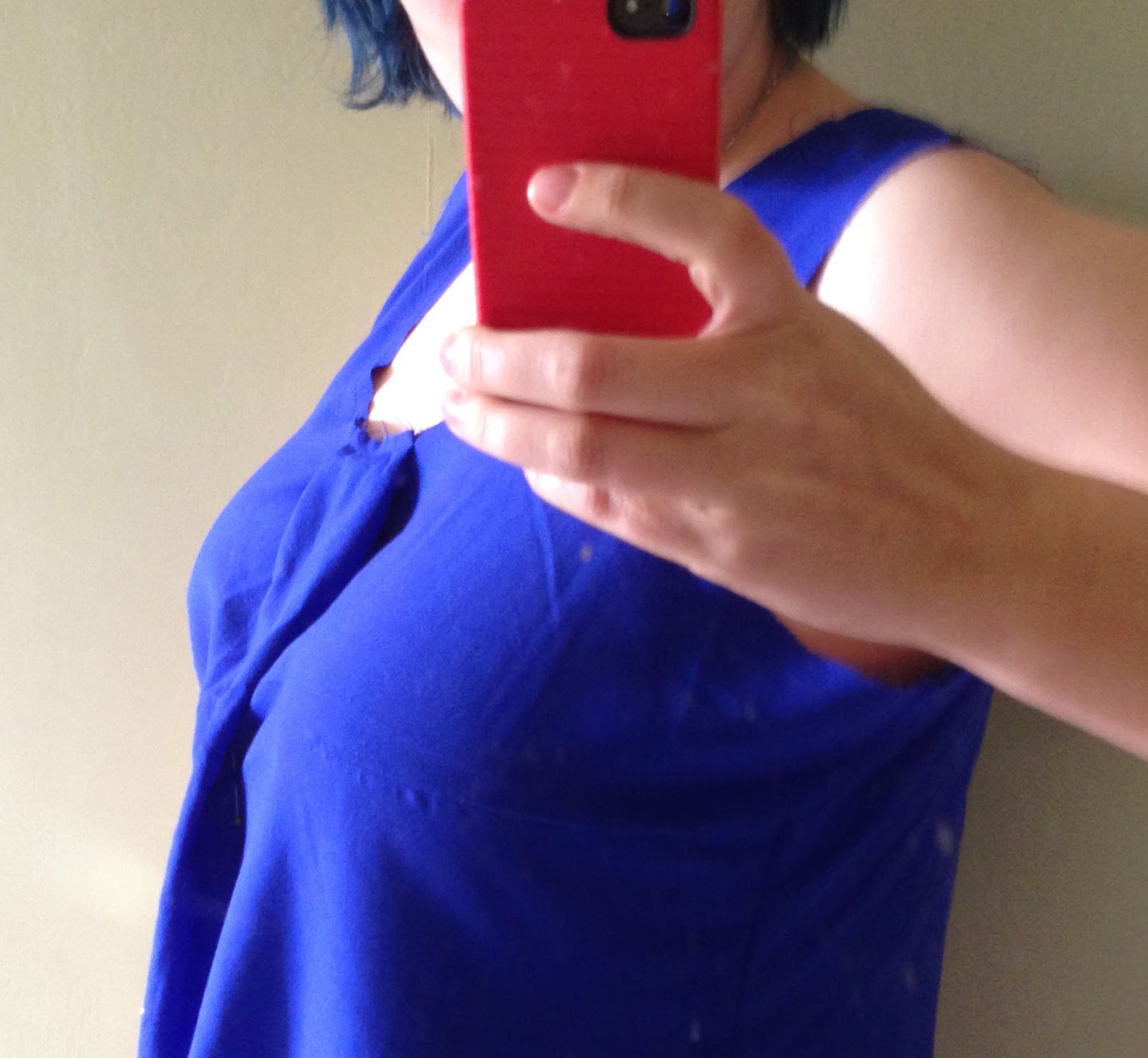 My second attempt was a definite improvement. 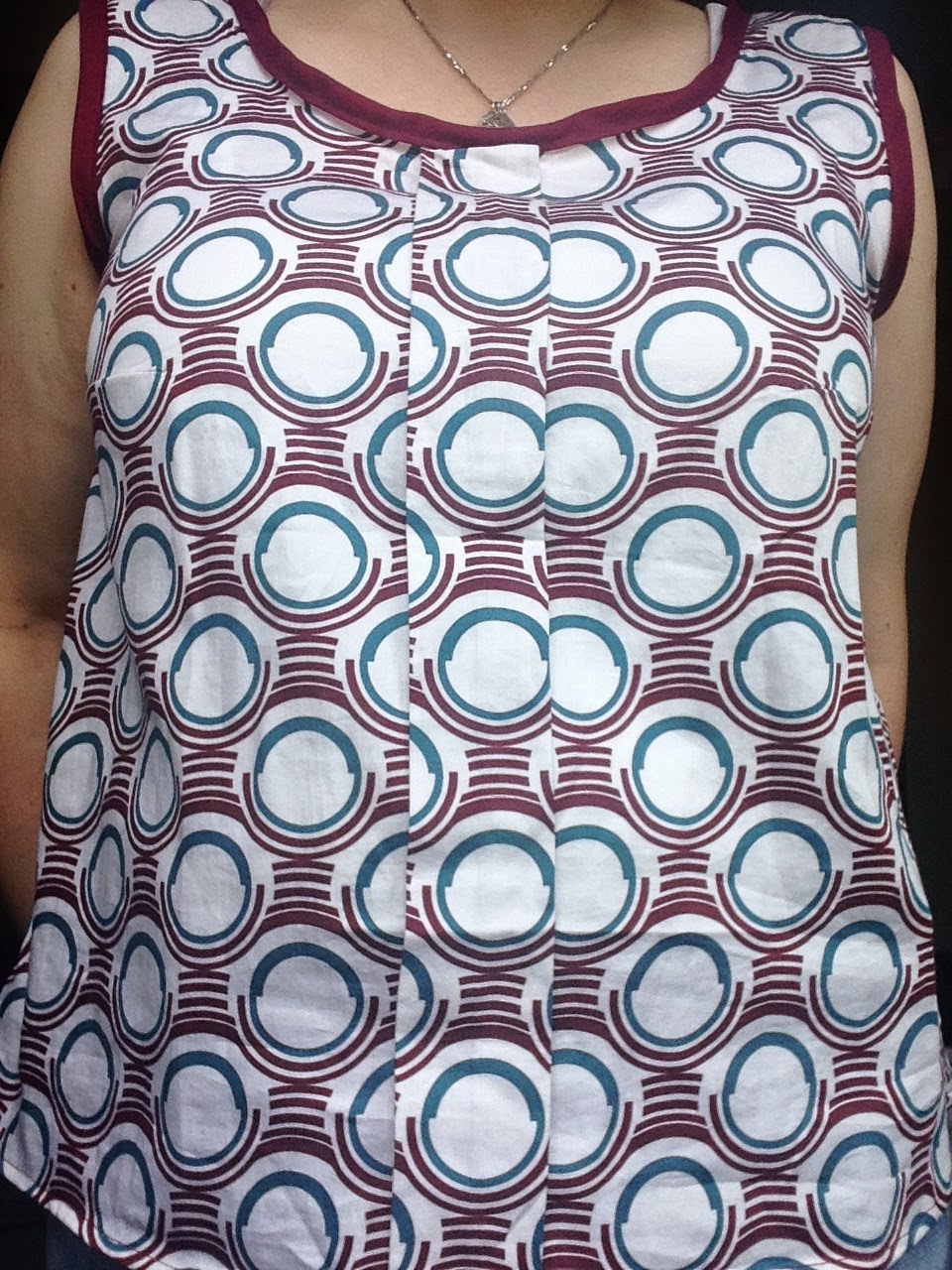 The darts are in a much better place.  Fabric was a left over from an earlier dress which I can't seem to find on my blog. 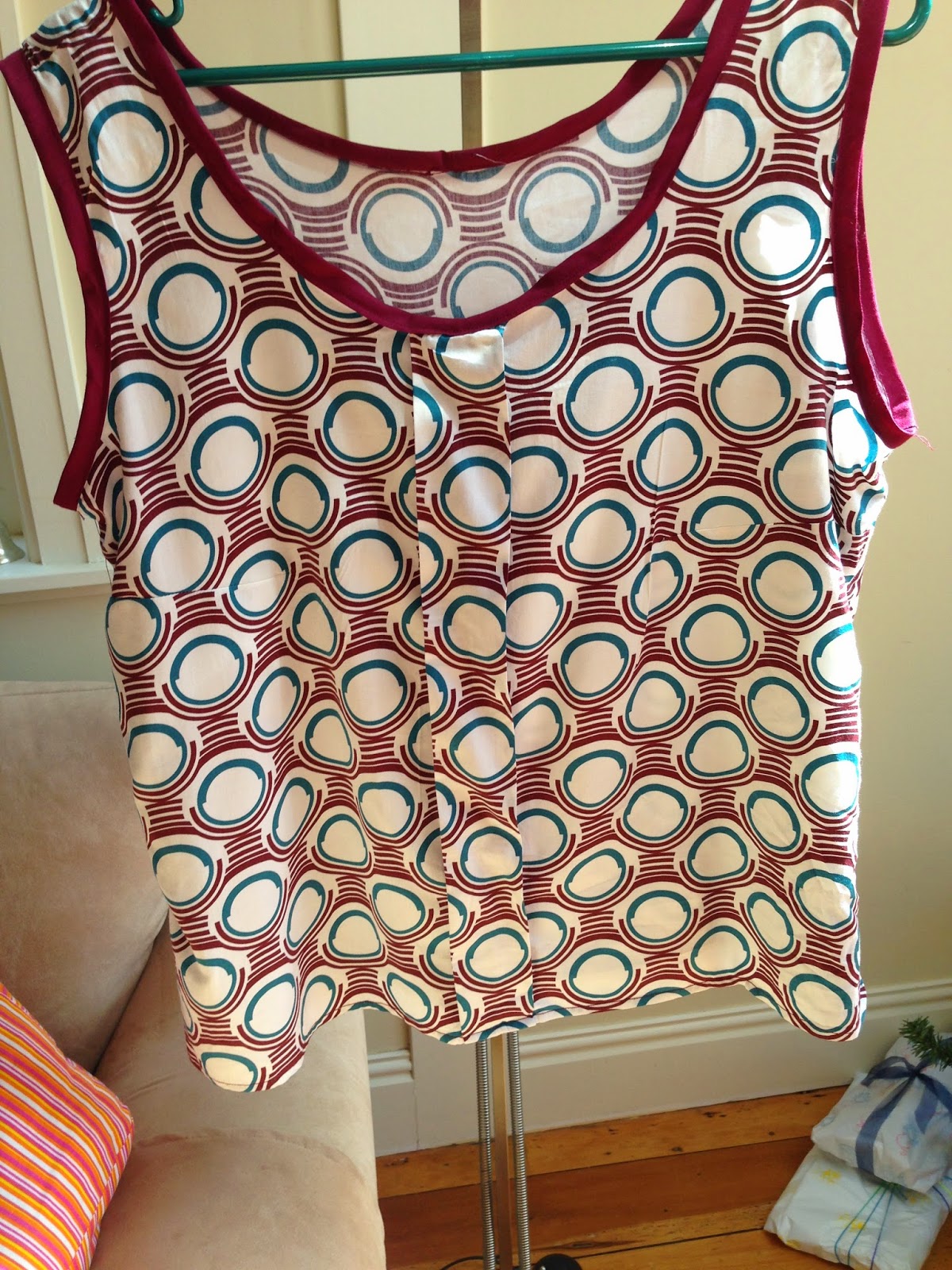 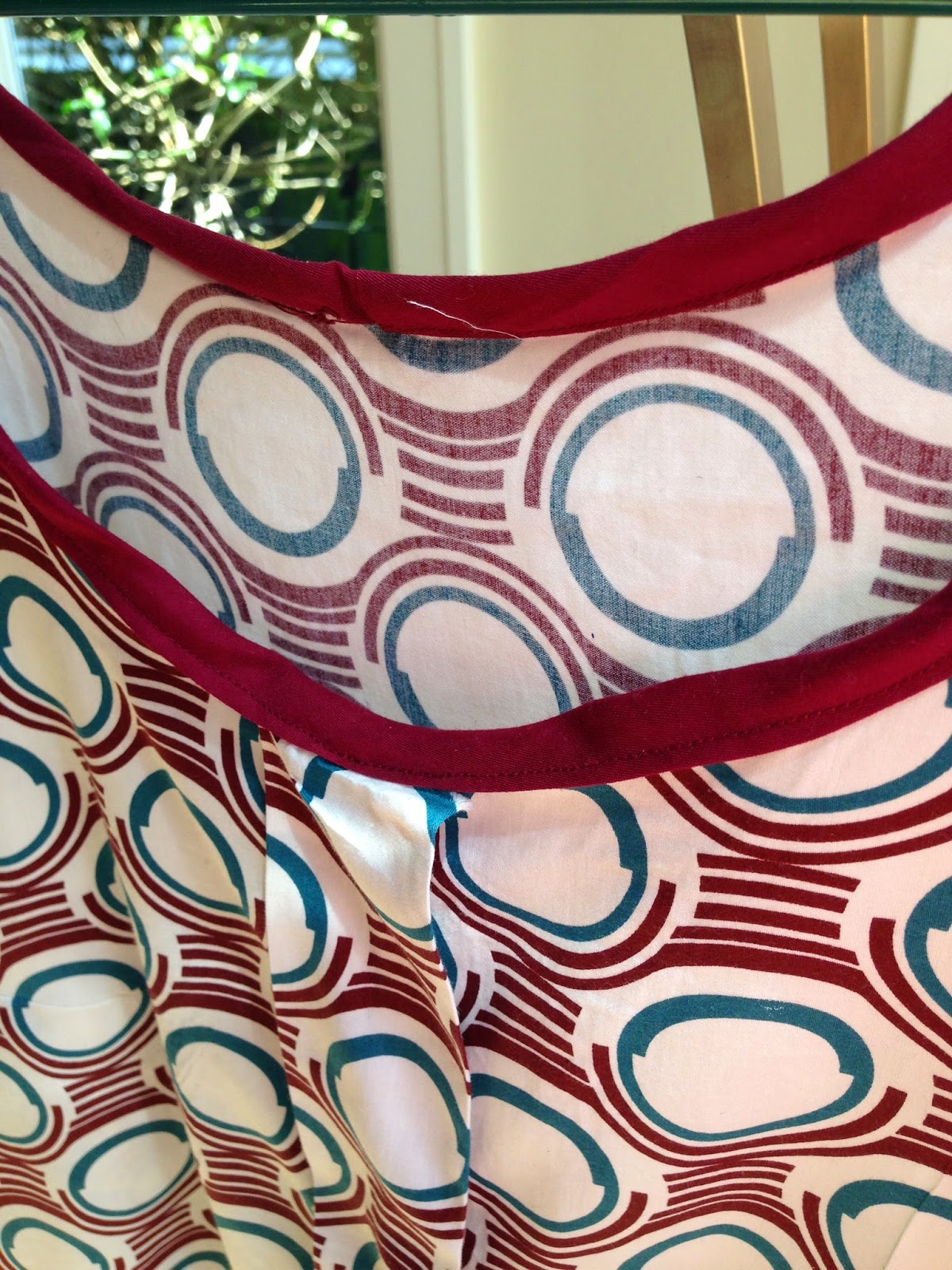 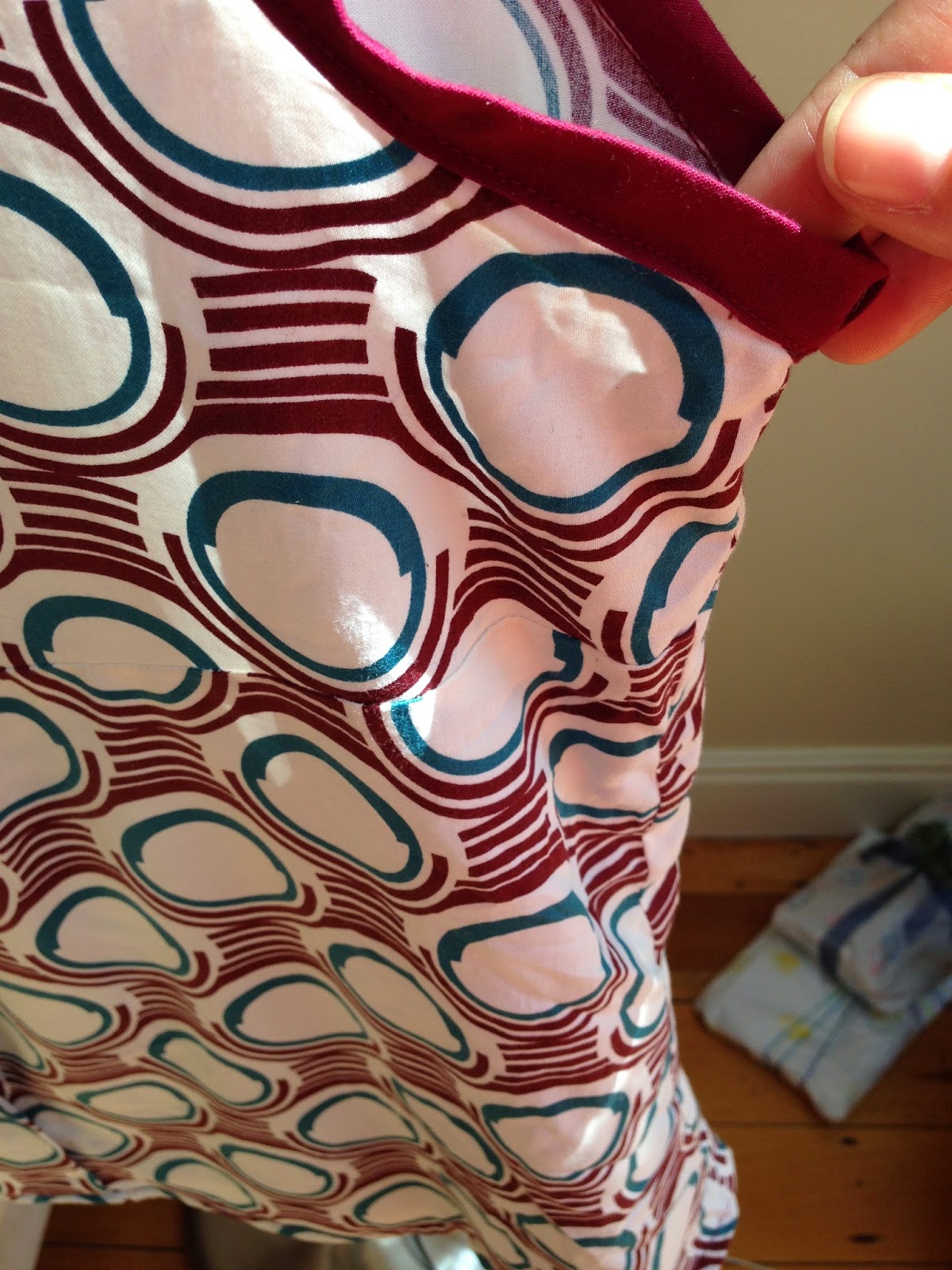 I messed up the binding a bit and it dragged the fabric out at the hem and armholes.

All in all - very useful for the warmer Brazilian weather but not the greatest fit when it was on.  The neckline doesn't sit right.  I think I may have overfit on the bust but it may also be a poor fit on the shoulders.  I've got quite narrow shoulders.  I've signed up for another craftsy class to help figure it out.  On my too long list of sewing things to do this year!
sewing 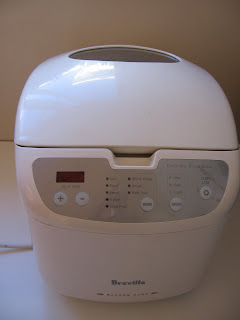 Woohoo! We got us a bread maker!  All that doughy goodness.  Its a fascinating machine given to us by friends who were moving - so double score!

Chuck in the ingredients (in the right order) and watch it do its magic...

And a doughy dough hook in the bread pan.

And a strange hole underneath :)

We've gotten a lot of mileage out of the machine already.  Making fresh bread to go with soup, rolls for BBQs and dinner parties and frozen rolls for thawing and heating if you have a spare 8 hours :)
Read more