From Ireland to Chicago 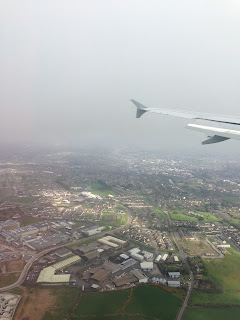 I can't believe how long ago this all feels.  Gives me a serious case of homesickness.  It was wonderful to get back to Ireland for 5 days (yes 5!) in April.  And spend time catching up with friends and family. A real flying visit.  I had to be in Vegas when we were and then had a conference in Chicago about a week later - so what's a girl to do other than go home and say hi! 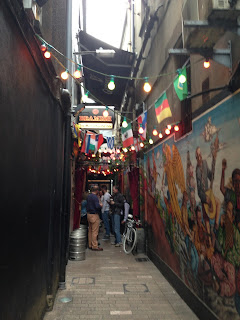 Some parts of Ireland I miss a lot.  This bar is down a laneway in Cork where a really lovely and fantastic friend of mine lives.  We rented an apartment on AirBnB but the person who's apartment it is was a bit strange.  Didn't think we needed sheets on an inflatable mattress and also didn't tell us there was only one real bed.  The location was awesome though.  A real mixed bag.  I usually end up with some interesting stories to tell after AirBnB but its not something I'm keen to repeat as a solo traveller! 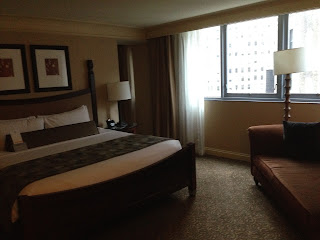 From that AirBnB to the largest hotel room I've ever stayed in in Chicago.  I had a bathroom with shower room and a separate room with a bath as well as my own TV room.  Massive and so completely unnecessary - would have been lovely in Cork when I wanted to stay up and chat with my friends rather than in Chicago where it was out the door for the conference early each morning. 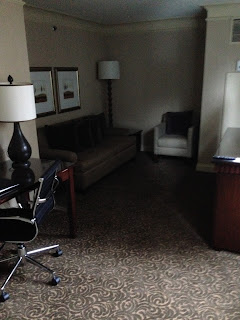 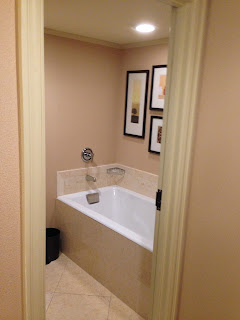 Bath room (off the bathroom) 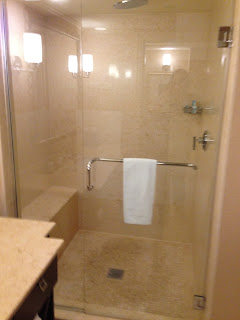 Massive shower.  Yes, this is oversharing.  But seriously... who needs this much space in a hotel room? 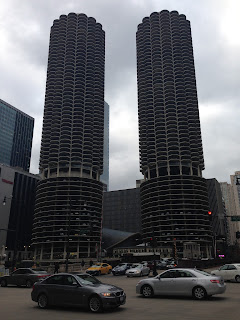 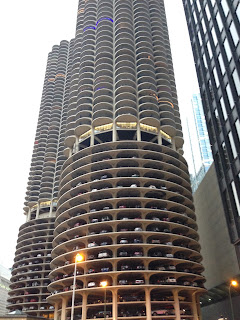 Chicago was fun - I knew there was an Irish connection but I hadn't quite realised the extent of it until I arrived!  These towers were among the more interesting architectural features.  Car parks in the lower levels and apartments above. 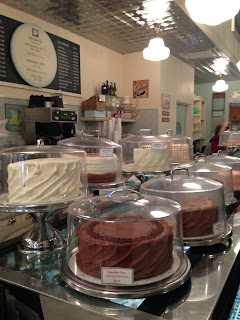 I know it wasn't NY but I had to stop off at the Chicago Magnolia Bakery shop.  Some of the delicacies were lovely while others were designed for a palate that preferred more artificial flavourings. 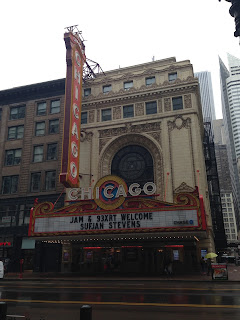 Its so strange seeing very iconic buildings on a street near where you're staying when you were just going for a wander.  Like unexpectedly coming across the Eiffel Tower.  That's the strangeness associated with going to a city for work and knowing that you don't have time to hang out so not bothering to do any research until you get there! 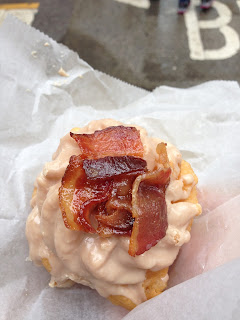 I quickly found some of the important eateries though.  Bacon and maple syrup donuts from Do Rite Donuts.  They close crazy early so only managed to get there when they were open after the conference finished. 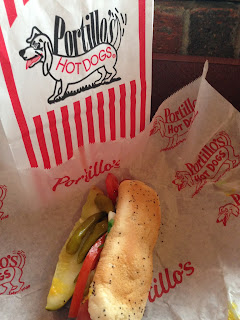 Also managed a bus tour that day and lunch at Portillos for the Chicago famous hotdogs (ha, like I even knew about them before I visited!). 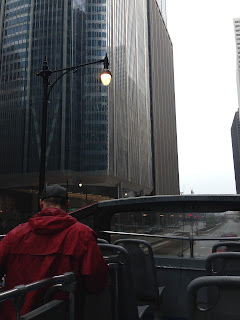 I was the only person on the top deck of the bus.  I'm sure the tour guide LOVED staying up there with me in the rain.  After a week in Ireland I was well used to it again. 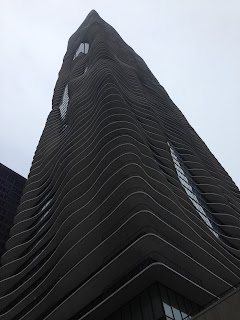 This building stood out - no idea what it was called but really loved the skeleton. 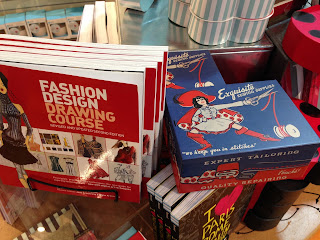 I even managed a trip to an art store.  Far too tempted by the different bits and pieces but managed to only buy two pens. 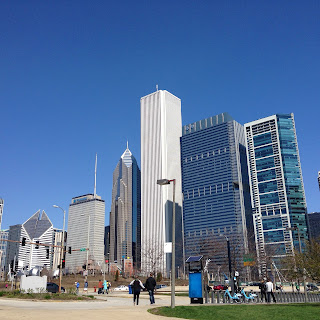 I spent the morning of my last day (flying out in the afternoon) renting a bike from the commuting bikes and cycling around the city.  It was a glorious day (unlike the day before) and the waterfront cycle was lots of fun.  My bike in Wellington is in serious need of repair after a rodent of some description chewed through the handle bar rubber in the garage.

From the museum quarter. 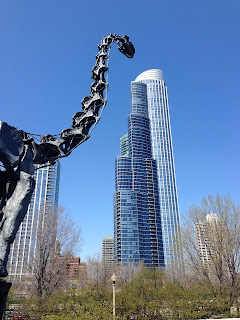 Couldn't help but add this one!

Wonderful visit even if my quick trip home to Ireland left me feeling a tad unsettled for a while :)