July 03, 2015
It seems so strange to be sitting in my study with the curtains drawn, the wind howling outside and the central heating blasting as hard as it can while writing about a tramp (kiwi talk for trek/walk) at the end of last summer.  But it is bringing back good memories and serves as a reminder of warmer weather on the way.

The Queen Charlotte Track is a 3 or 4 day walk and showcases a lot of the benefits NZ has for a walking holiday.  We travelled across from Wellington on the ferry on Friday morning and at lunch time were on our way by water taxi to the start of the track.  Can you spot the travelling companion? 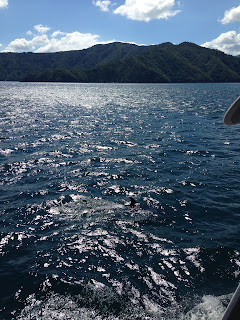 We were so incredibly lucky to sail by a pod of dolphins.  Such a great start to the holiday (and fairly common in the Sounds at that time of year).

We started the tramp/trek at Ships Cove.  To be honest, most of the locations were seriously picturesque and the light made even my camera techniques palatable! 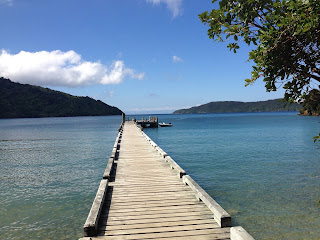 The first day starts with a fairly hefty climb out of the Cove and we were on the boat with a number of mountain bikers who continued to pass us as the day wore on. 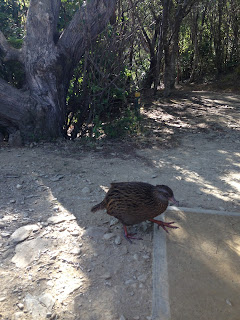 The native wildlife is friendly - sometimes friendly - as they are perfectably capable of pilfering unattended lunches.  This is a weka, a New Zealand flightless bird. 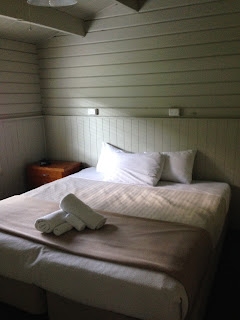 We stayed in Furneaux Lodge on the first night.  The last time I did the QCT I camped (for the first time on a tramp) and this was a serious step up in terms of comfort!  Although it turned out that random rustling in the middle of the night was a creature making a hole in my backpack to get at one of the nut bars I was carrying!  We opted for the catered option - by having dinner provided each night at our accommodation and by buying a lunch from them too.  The tour companies for the sounds will carry your overnight bags too and deliver them to your accommodation each day if you leave them outside in the morning.  All the pleasures of tramping without many of the hardships! 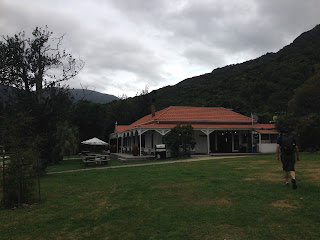 Furneaux lodge is rather grand lodge for its rather remote location. 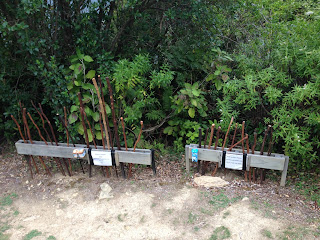 Day two of the walk and you can buy a walking stick.  Based on an honesty box system, you take a stick and leave the cash!

We did the tramp over a rather luxurious four days so day two was rather quick. 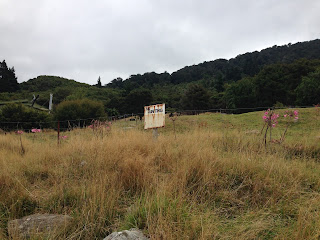 But there was enough interesting sights along the way to keep us searching the landscape. 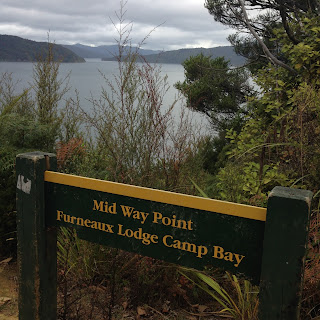 The route is really well signposted by the Department of Conservation and the kilometre markings are a source of pride as they start to count down! 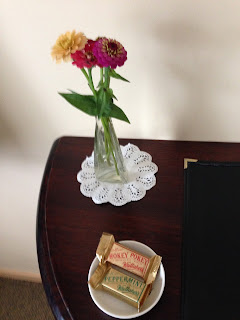 The end of day two was at Mahana Lodge - the nicest B&B I can recall staying at.  I'll be dragging my friends and family here on their next visit if I can swing it!  Kiwi chocolate greeted us in our rooms.

While this private beach and view greeted us outside! 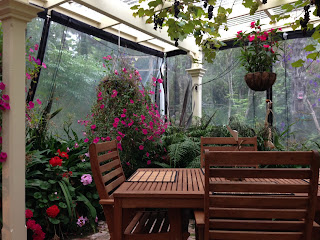 Dinner was amazing and served in the house's conservatory.  We were given a food choice when we arrived so the hosts cooked up our options. 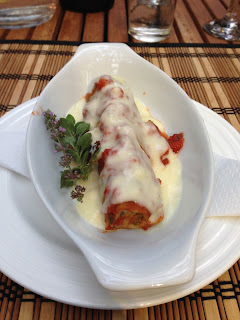 The starter was yum.  Come to think of it - so was the main course and dessert! 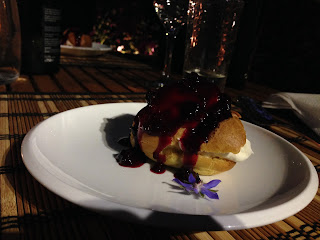 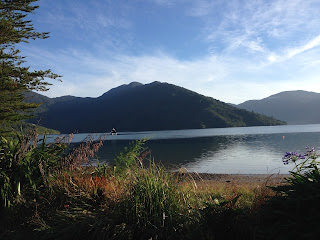 We arrived in plenty of time to go for a quick swim (so so ccccold!) and a kayak (provided by Mahana).  The following day we set off after seeing the mailboat arrive. 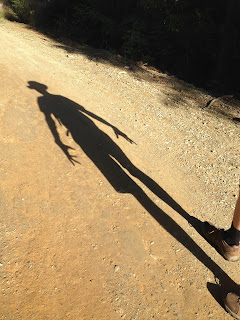 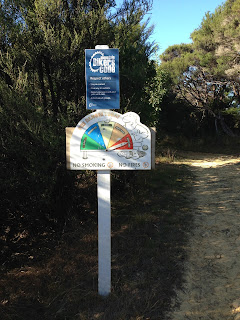 And an awareness of how dry and warm it was for that time of year. 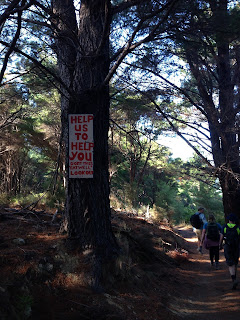 Some rather odd (but useful) signage directing us to Eatwell lookout.

Some amazing views on the way.  Loving the panorama option on my phone.

And the infamous Eatwells lookout. 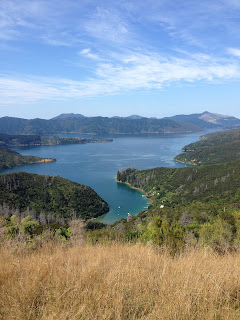 On day 3 the settlements (at sea level) were getting more frequent but the area is still pretty remote. 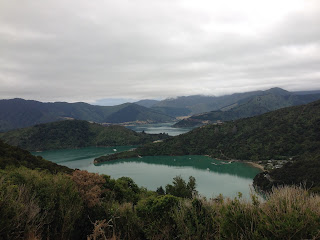 And some of the seating areas (maintained by the local land owners) were beautifully (not obviously) signposted.  I didn't really recall a lot of picnic tables from my first visit so it seems the landowners have been upgrading the facilities on the track. Day three accommodation was Portage Hotel - unfortunately a low point of the trip.  Not the best of facilities but options are limited in Portage. 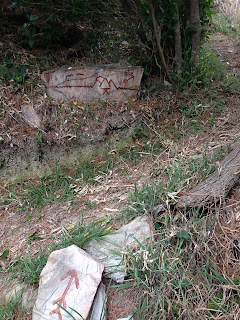 At the end of the walk (starting to hose it down!) we flew out of the South Island with Sounds Air.  It felt like a very extravagant end to the trip as it was just the four of us (and the two pilots) on the plane.  We're just that classy!  Though it was a lot cheaper than expected as the fares are currently set at $99 a head. 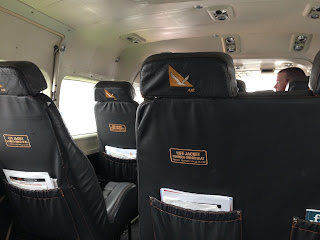 Having finished typing this up, means that I have a serious hankering to start planning another multi day walk!  Has to happen!!
travel