September 02, 2015
This was the first year I went to anything at Handmade Wellington.  Normally I just find it ridiculously overpriced for stuff that I can figure out how to do on my own.  This year I went to a handmade dumpling class and a stevia talk. 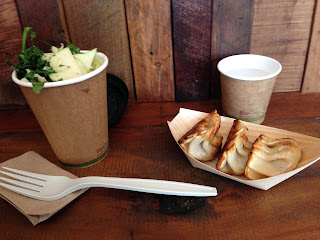 This wasn't how mine turned out - but it is from the House of Dumplings who ran the workshop.

So earlier than I would have liked on a Sunday morning, I toddled off to Weltec on Cuba Street to make some dumplings. I'm normally a morning person but that morning, it just wasn't happening.  The class was a little too large and we didn't quite get to do all the stages ourselves - pity as I would have liked to figure out more about when the dough was good to go.  The intro to the class also took an age - and ate into our 'doing' time.  It is great to get everyone to introduce themselves but not in that size of a class with to and fro questions and then not enough time at the end :( 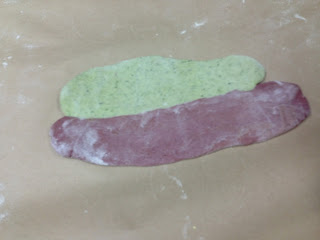 We were given prepared dough and told at the time how much spinach or beetroot to add but unfortunately weren't given this written down anywhere. 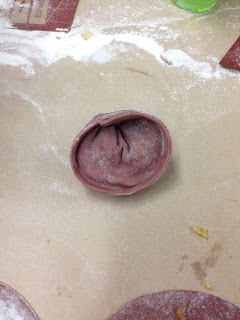 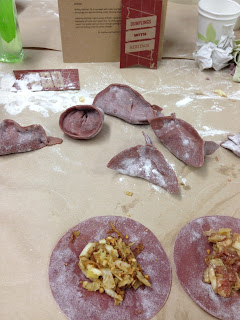 We had a vegan and a pork version.  Annoyingly though we rolled our own dough, we didn't get to use it to make the dumplings so I couldn't tell if I'd rolled mine too thin/thick or if the person's dough I used did.  A number of mine seemed to be too thin and just fell apart when I added the mixture and tried to manipulate it into the different shapes.  Pity. 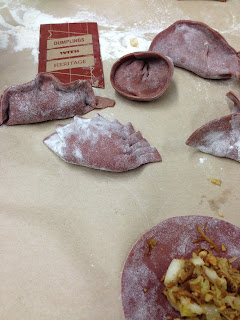 My lovely creations!  I was running really late so there's no photos of the finished products.  I haven't been tempted to make them since - as I didn't feel like I got a good idea of the different stages, I know when/if I make them at home, I'll have to allow a good bit of time to experiment.