So I present...Belle Bow Blouse by In-House Patterns 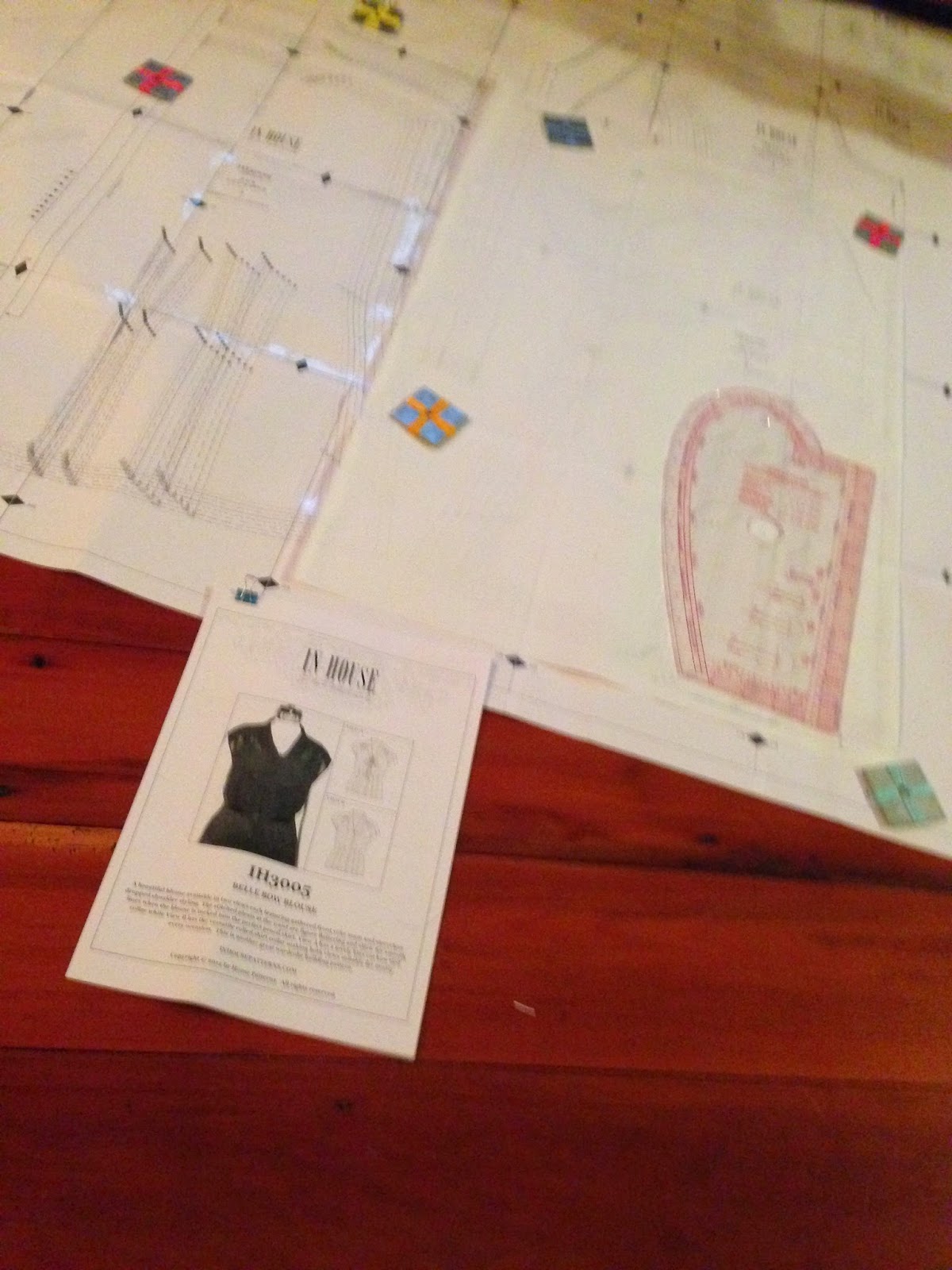 Its a PDF download for a D cup.  Hurray!  Much less of a Full Bust Adjustment to do!  But unfortunately a lot of sticking together and still quite a bit of tracing out.

I made up a muslin (and due to my swanky new sewing machine I now have a one step buttonhole!). In terms of fit, I ended up making it too big as I changed a bit between cutting out the fabric, sewing it up and getting up the courage to actually do the buttonholes! 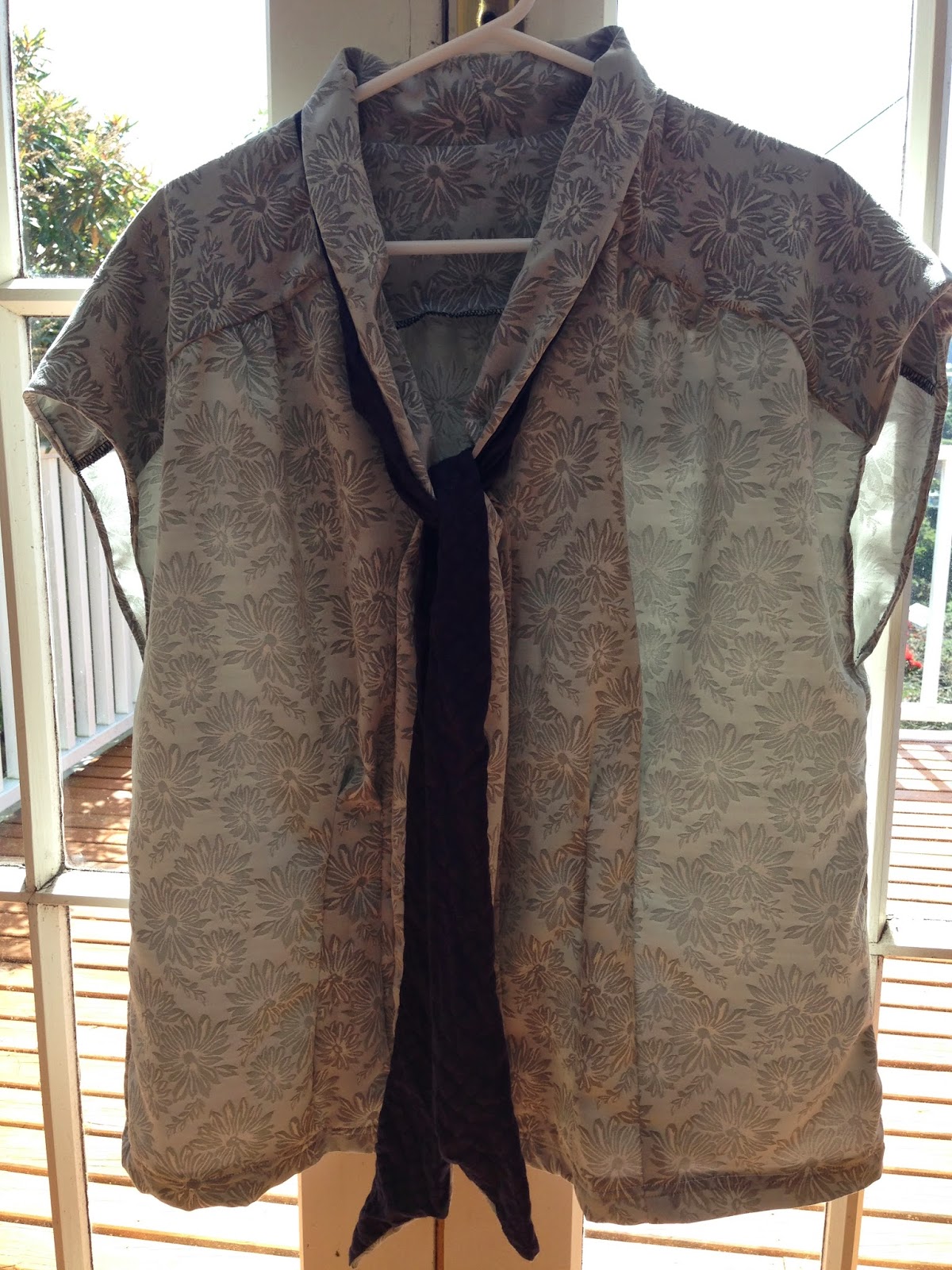 The pattern eats quite a bit of fabric if you make the bow version so unfortunately I didn't have enough with my fabric a brac purchase and had to dip into some textured navy I bought at the Swonderful fabric sale. 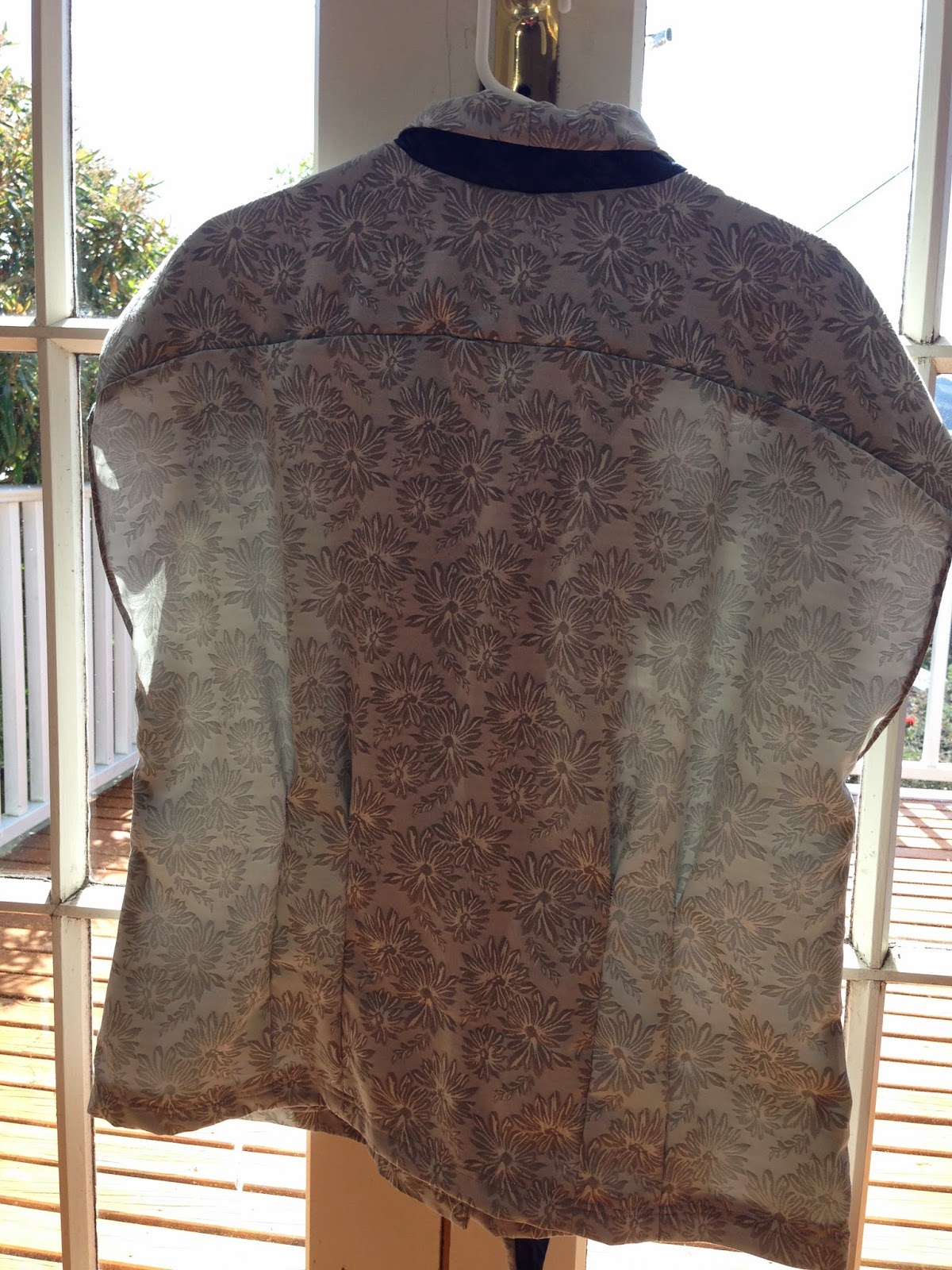 The fabric is far less see through than it looks in the photos.  More like the one below.  And its quite stiff so not as much of a loss that it doesn't fit any more as it could have been. 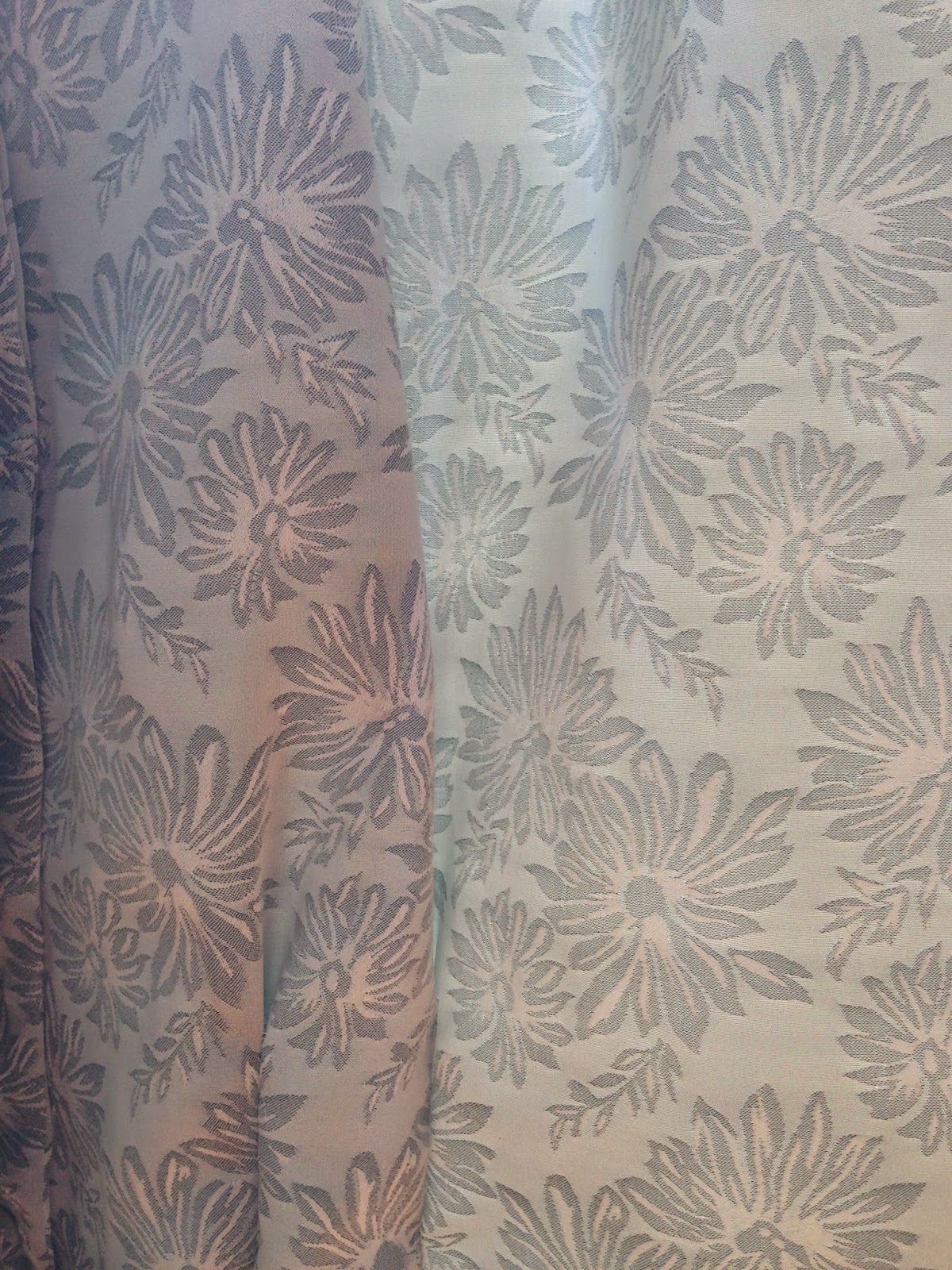 Rather pleased with the buttons as they were recycled from a shirt I used to love.  The one step button hole is fun but doesn't give as polished a finish on all of them as I would like (but much better than it would be if I were doing them all as a four step!). 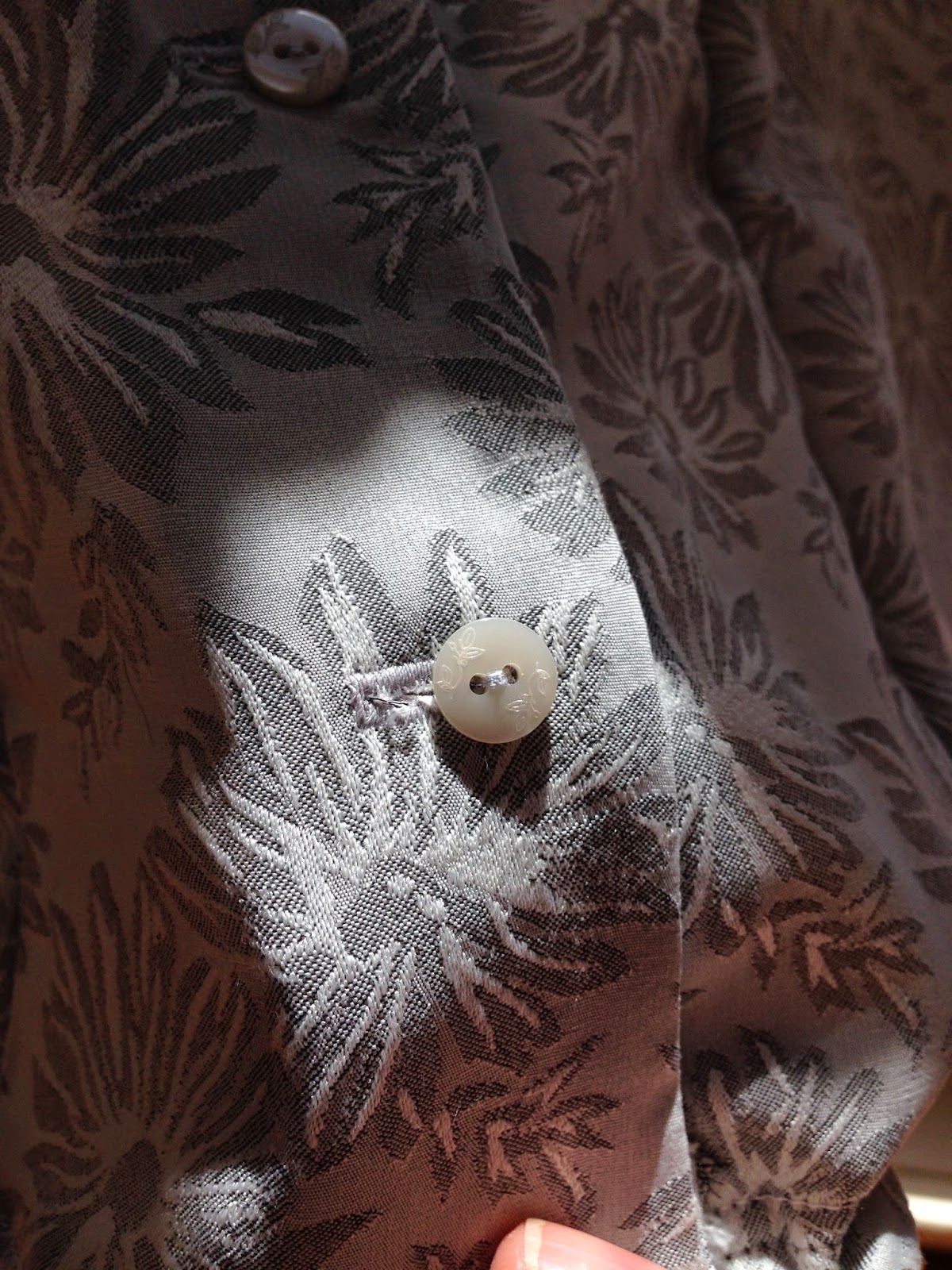