A Green Tour of the 'Naki 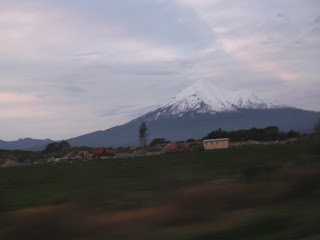 Mt Taranaki in all its snow capped volcanic glory.

Last weekend, BM and I took a tiki tour to Taranaki to watch the Ireland - USA world cup rugby match (and after last night's amazing Ireland - Australia game, I'm really sorry I didn't shell out for tickets to Eden Park in Auckland too!). Taranaki is an active tectonic region and Mt Taranaki dominates the landscape (at least on a clear day as we couldn't see it the next due to cloud!). The mountain just seems to bubble up out of the landscape. 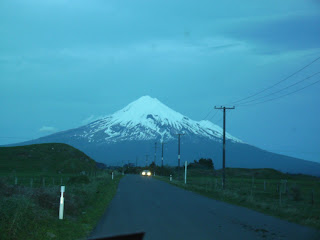 BM and I stayed in Stratford about 4 and a half hours from Wellington. Stratford is home to New Zealand's only glockenspiel and the start of the Forgotten World Highway. I was unfamiliar with the glockenspiel concept so I'll explain it slowly for those in the same boat! 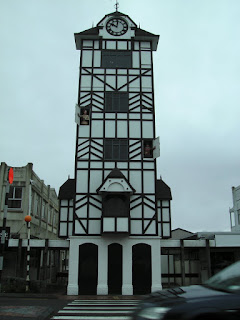 In this case the Glockenspiel is a mock Tudor clock tower which at the same times every day, scenes from Shakespeare's Romeo and Juliet play out over loudspeakers accompanied by random panel's in the clock tower opening and plastic Romeo and Juliet figures popping out to say hello. I thought it was hilarious and our guidebook identifies it as one of the tackiest tourist attractions in New Zealand. I can't believe the locals have to put up with the loud clockwork like music four times a day. 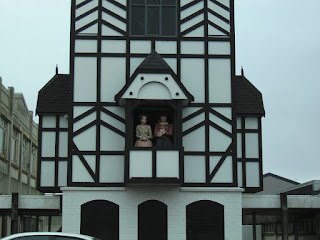 Luckily other parts of Stratford were far more likely to keep my interest. I wandered into a local craft exhibition - mainly quilts and clay. I really loved the simple design and bright colours on this quilt. 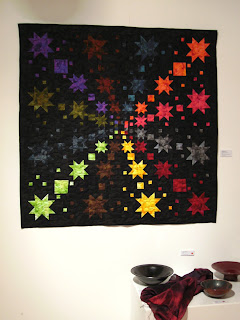 I'm very tempted to make something similar to these clay sculptures for our garden. I can imagine them hidden in amongst the greenery, provided a hidden surprize for eagle eyed visitors. (Speaking of which, I'm loving finding what flowers are in our garden and need to share some of the wonderful blooms with you all - one of my Irish friends couldn't believe that we had blooms last month at the end of winter - even before and during our 'snow'). 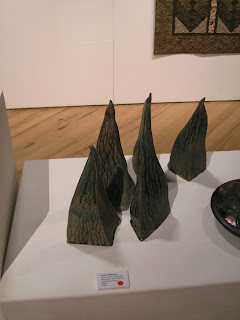 BM's mother does some Raku firing and I thought these were really nice examples of that method. It requires making a different type of kiln and can lead to some very beautiful results. 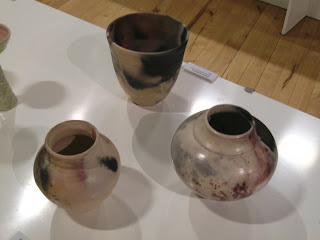 I also loved these tulip like vessels. The beautiful deep blue interior contrasted with the terracotta and white exterior. A fantastic twist on the famous Irish pottery of Stephen Pearce. I was very tempted to buy these but you couldn't take them away until the exhibition was over (too far to travel to collect!) and my better sense kicked in as I realised I had nowhere to put them! 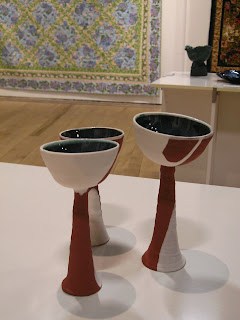 These lovely figures had such personality. I loved the facial expressions. 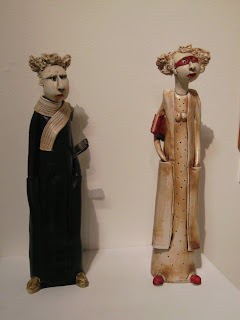 This was another sculpture which caught my eye - really well done and such texture. 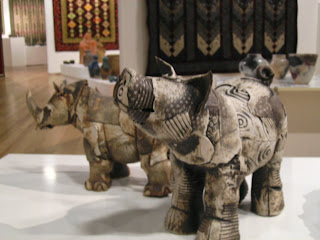 This quilted picture was so well done and I loved the french knot sheep. 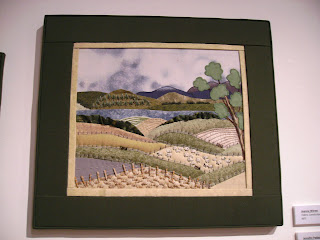 The next stop on the tiki tour was on the Forgotten World Highway - so called because of how few people live on Highway 43. Some of the advertised stops could have been skipped - this brickworks needs some serious TLC. 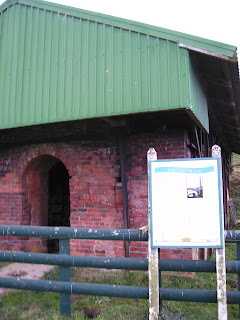 But the countryside was green - Taranaki apart from the lack of people and the too high hills reminded me of home. That might just have been the gearing up for the match, the rain and the green, green grass... 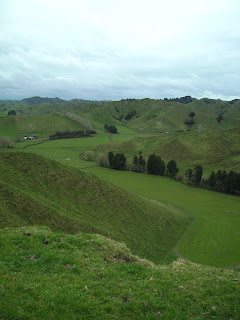 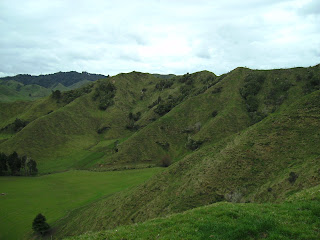 The last stop for us on the Highway was the Republic of Whangamomona. In 1989 the regional councils moved the council boundaries and the village (of 30 or so people) were moved from one region to another. Not wanting to play rugby for the opposition, Whangamomona declared themselves a Republic and elected a president. 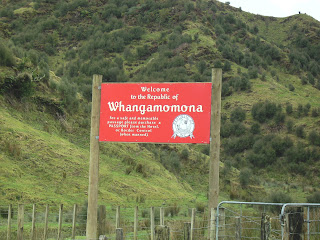 We got a fantastic welcome at the local pub when we stopped for lunch. The original plan was to travel the whole length of the highway but we were advised to go earlier to New Plymouth for the rugby match. Most of the locals were going to the match (well there was only 30) and dressed up in green jerseys to support Ireland! The rest of the highway includes some unsealed roads rather than tarmacked or as they're called here metalled roads. I'd definitely like to finish the highway if I'm back this direction on holiday again. 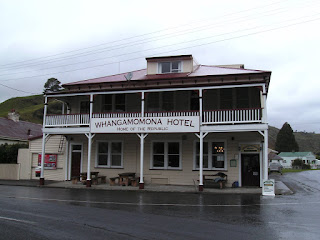 The beers on tap included some usuals and the local brew. 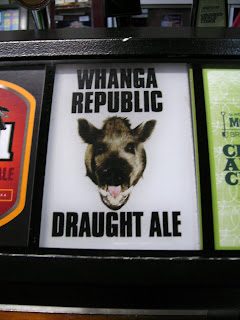 So back to New Plymouth for the rather wet warm up to the match. The USA brought their own band! The lengths some people will go to... 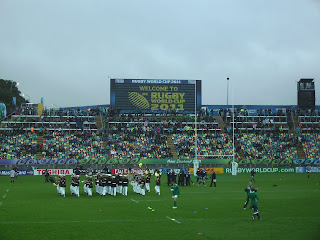 It was an amazing night - even if the game wasn't up to much. Ireland suffered from some opening nerves and the pitch was drenched - but that many Irish voices and rain - it felt like watching a match in Lansdowne! On the road early the next morning to be back at work for lunch time... 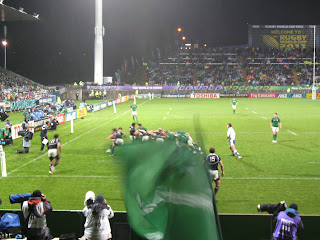 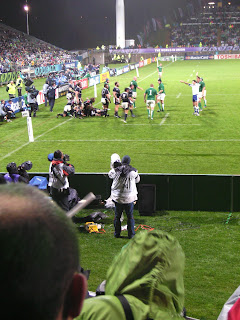 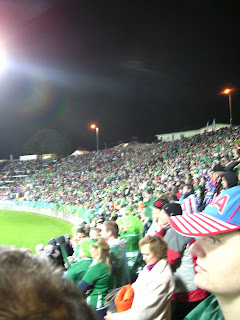