Vegan cupcakes take over the world 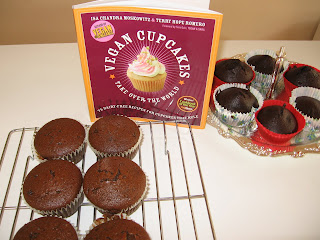 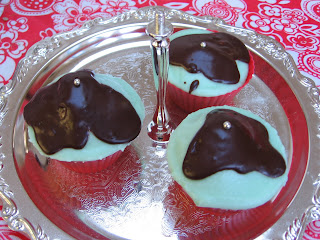 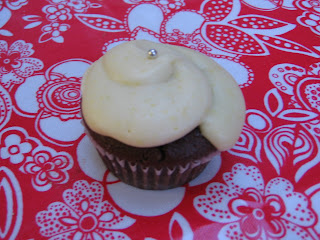 I messed up on their vegan-ness a tad.  The mint chocolate cupcakes required shortening and as I've never used it before I just bought the first lot of shortening I came across (in the third shop I visited mind!).  Unfortunately when I googled the ingredients later to find out what Suet was I realised that the book should have specified vegetable shortening and not just shortening!  The mint choc ones look nice but the cake wasn't so tasty.  The vanilla buttercream gingerbread was nice though - although serious amounts of sugar in the icing - and I didn't even use all of the batch that I made!  Of course the little silver ball decorations weren't vegan either - they contain gelatin.

I have a vegan friend and was looking to make her something nice...  These got distributed around work instead!  Round 2 will be fully vegan!
Baking